Be Kind to Celebrities, You Might Be One Someday


"If you can't say something nice, don't say anything at all." ~ Thumper Rabbit 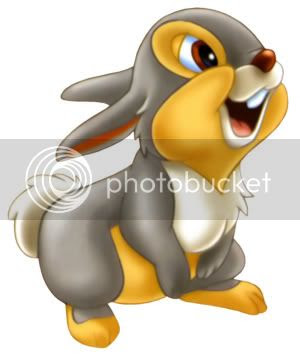 I said this again and again to my children when they were small. Mostly to get them to stop calling each other names. I said it as a pastor's wife when people wanted to gripe and grumble about their fellow congregants. I've said it to myself a lot.

So this may seem odd, but the Lord "got on my case" last week about the way we talk about celebrities and how we often exclude them from that old adage. Famous people, whether they're famous for singing and dancing, or sports, or politics, or religious leadership, are "fair game" for whatever anyone wants to say about them, true or not.

Some might say that's because celebrities are different from the rest of us. After all, we reason, they're public figures, they have influence over lots of people, and they are usually ridiculously rich, and they chose to be famous.

Is that the way we determine who is worthy of kindness and courtesy and who isn't? By who is or isn't "different" from us? Maybe it is, but I don't remember Jesus putting "unless they're different" in his instructions to "love one another," or in his words in Matthew 7.

Does it really matter what disparaging things we say and share about the rich and famous? Think of it this way: Someday we might BE celebrities, and find ourselves on the other end of that verbal whip we've been applying. Oh, we might not be singing on the video music awards program, or schussing down a half-pipe on a snowboard in the winter Olympics, or holding an elected office, or winning "The Biggest Loser," but we may very well end up being a celebrity (the state of being famous or celebrated) in our chosen careers, in our churches and communities, or even just on the Internet (yes, there are people who are Internet celebrities that no one has ever seen on TV or in the movies). In fact, every time we "put ourselves out there" in a public forum, we run the risk of becoming a "celebrity," for a few minutes, anyway.

I don't know which celebrity will find his or her neck on the chopping block of public opinion next, but I will be much more careful what I choose to say, if anything, about them, whether they are merely a "local" celeb or an international star. Hopefully, closing that little gap will also help me keep a grip on my lip when I want to say something unkind about anyone else!