Preventoriums, tuberculosis, and the Colorado "cure"

A few months ago, my blogging buddy (and the founder of Inkwell Inspirations), Gina Welborn, asked me if I wanted to participate in a project: Writing a Christmas-themed novella for a collection of eight stories to be independently published as a group with seven other traditionally-published authors. I glanced at the list of writers involved and gasped. OF COURSE I wanted to be involved in a project with these ladies (which includes our own Jennifer Allee and Gina, too!).

I plunged in with both feet, despite the fact I was in the middle of edits for my first contracted novella, Santiago Sol, and I don't generally write historical fiction. It must have been "meant to be," because I had the entire story written in less than a month, and these two characters have become dear to my heart.

Sadie's Gift goes "live" today on Amazon.com. (I had a glitch in my Barnes and Noble account, so it won't be available for Nook until they email me back. Stay tuned, Nook readers! Writers: never publish anything on a holiday weekend!)

The first novella in the Christmas Traditions series, Handcarved Christmas by Cynthia Hickey, is already available and is a charming, sweet read by an equally charming and sweet author! (Cynthia also graciously designed all our covers.) 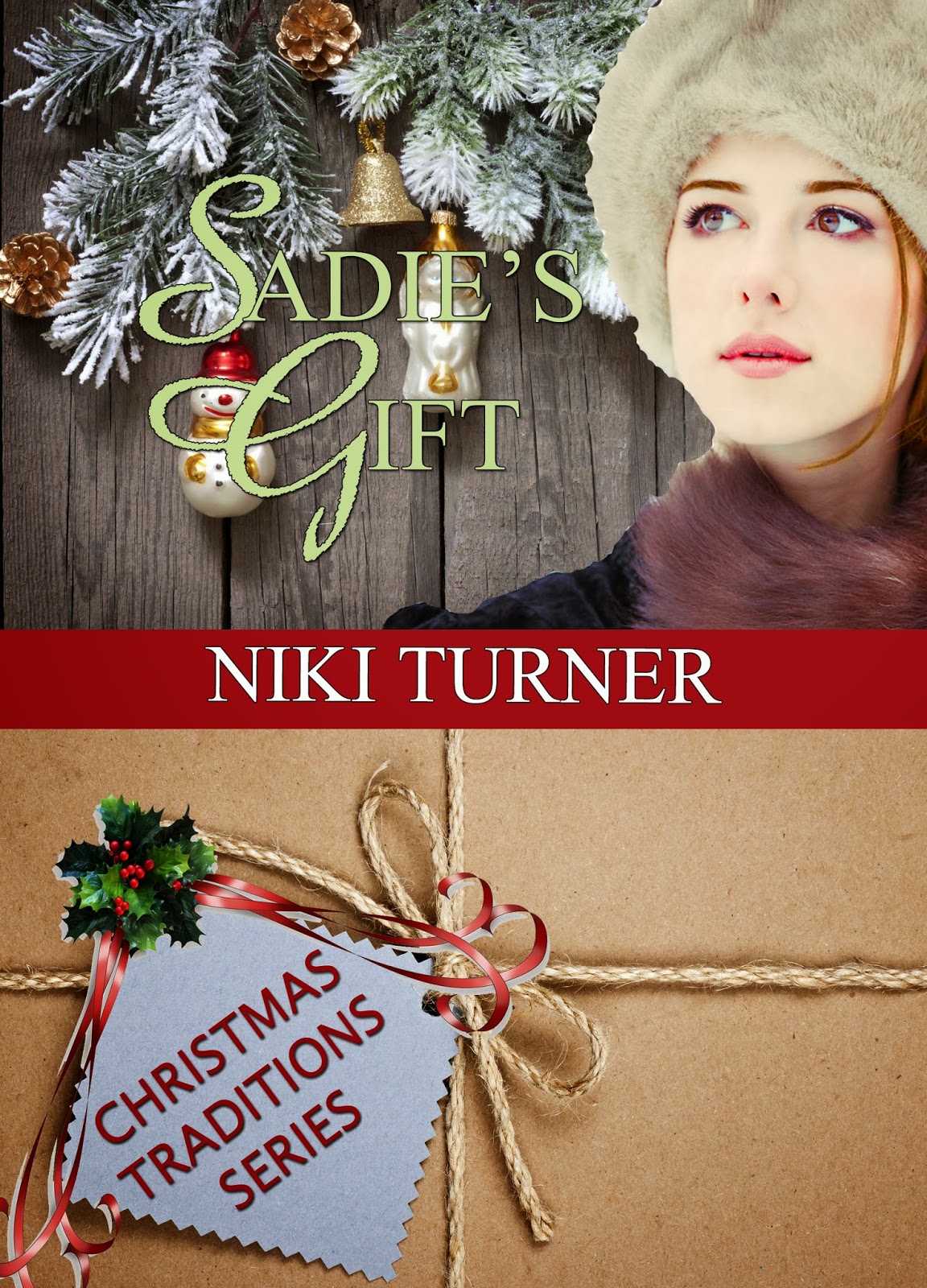 During the last half of the 19th century, and into the first few decades of the 20th, tuberculosis—"the white plague"—was a health crisis in the U.S. and around the world. Commonly referred to at the time as consumption, tuberculosis infections had reached epidemic proportions in the 19th century, responsible for one in four deaths. A vaccine was not developed until the early 1900s, and wasn't in widespread use until the middle of the century.

Tuberculosis, an airborne bacteria spread through breathing, coughing, sneezing, and spitting, was widely considered a disease of the poverty-stricken, and spread rapidly in crowded urban areas. The bacteria primarily affected the victim's lungs, and as the disease progressed, the sufferer was "consumed" by the ailment, experiencing extreme weight loss and weakness along with fever, chills, loss of appetite, and severe coughing fits. In its later stages, victims often coughed up blood, as lung tissue was destroyed by the bacteria.

Gambler and gunslinger Doc Holliday, made famous by his participation in the battle at the OK Corral, was a victim of TB. He died in Glenwood Springs, Colorado, of the ailment in 1887.

Those afflicted with TB were often "sent West" for treatment, as doctors believed the drier climate was beneficial to the lungs. The establishment of private sanatoriums, where TB patients were housed to prevent the spread of the infection and in hopes of treating the disease through exposure to fresh air, sunlight, daily exercise, and healthy food, created an economic boom in cities like Colorado Springs. Sometimes the treatment worked, sometimes it didn't. Often, as is all too frequently the case, those with the most money received the best treatment and got the best results.

Children who were exposed to the disease through contact with family members, but who hadn't succumbed to the illness, were sometimes moved to "preventoriums." As is evidenced by the name, the preventorium was a place where doctors and nurses hoped to prevent the progression of the disease by prescribing a strict regime of exercise, diet, and exposure to fresh air (even in the winter). 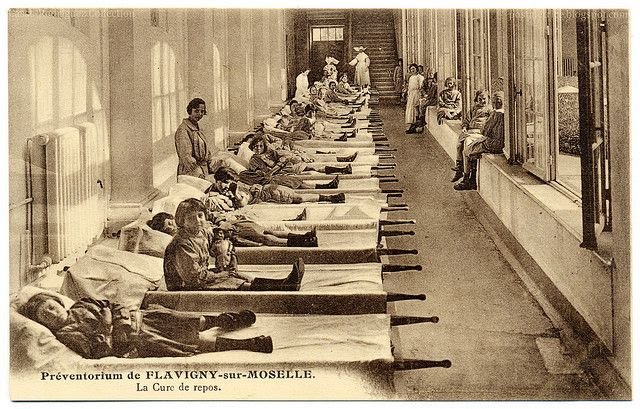 In Sadie's Gift, nurse Sadie Hubbard wants to provide a "real" Christmas celebration for the children in her care in a Colorado Springs preventorium. On her way to a pawn shop to get money to buy gifts for the kids, she's nearly run down by Nathan Wells in his brother's Model T Ford. Nathan's brother has just died of consumption, and Nathan just wants to get his brother's prized car back to their parents' home, but his run-in with Sadie delays his plans.

“I seem to have lost my Christmas spirit this year,” he snapped. After all that had happened to Matthew, Nathan didn’t even know if he believed in Christmas anymore.
She twisted a corner of her napkin between taut fingers and he wished he could take back the words. His emotions were strung too tight, ready to snap at the slightest provocation. He should just leave the table. Leave the boardinghouse. Get on the train and get out of Colorado forever. Forget about Matthew’s wrecked car. But he couldn’t. He had to take the car back to his parents, leave it with them as a memorial to his brother.
“What do you do for a living, Mr. Wells?” Sadie’s gentle voice cracked his mental whirlwind. He imagined she was a very competent nurse. Despite her personal discomfort, she was reaching out to him.
He cleared his throat, feeling guilty. “I’m in… I was in finance. But my situation has changed, because of the economic troubles we’ve had since the war.” He felt heat in his face and neck. He had been one of the up-and-coming financiers in Chicago before everything crashed. Now he had an empty house in Chicago’s northwest neighbored. He’d sold all his fancy, decorator-inspired furniture to pay bills. He had no job, and no prospects for future employment. Depression rolled over him, threatening to suffocate him in hopelessness.
Nathan fought to find his anger again, for that was the only thing keeping him afloat. Anger at his brother for getting sick, anger at the sanatorium for failing to save him, anger at this woman for thwarting his plans and for breaking open his wounds and peering inside his raw and exposed soul. He pushed his chair away from the table and almost didn’t hear her next words.
“My parents died during the Spanish influenza epidemic while I was away at nursing school.”
He looked up, surprised. Why would she share such a thing with him? “My condolences,” he murmured.
She offered a weak smile. “As Mr. Maloney said, we’ve all lost someone. But we go on. That’s how we can honor their memories, by going on, by living.”

Sadie's Gift attempts to address the sorrow and grief of loss that can paralyze us and prevent us from seeing the blessings of God. In the story, Sadie and Nathan have to come to terms with their own ways of dealing with their pain and its residual effects to find the true spirit of Christmas.  I hope you enjoy the story, and all of the stories in the Christmas Traditions collection, which will be released between now and the end of October.

Niki Turner is a novelist, journalist, blogger, and production manager for the Rio Blanco Herald Times in Meeker, Colorado. She lives on Colorado's Western Slope, blogs at www.nikiturner.net and is a co-blogger at www.inkwellinspirations.com. She is also the Colorado Coordinator for American Christian Fiction Writers. Her fiction blends the good news of God's love with come-as-you-are characters in stories that encourage and inspire.