THE HAUNTING AT BONAVENTURE CIRCUS by Jaime Jo Wright, Reviewed by Nicole, Trixi, and Rebecca #GIVEAWAY 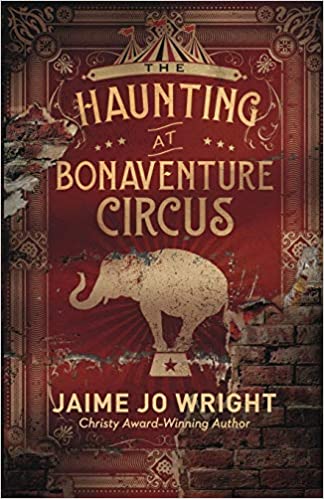 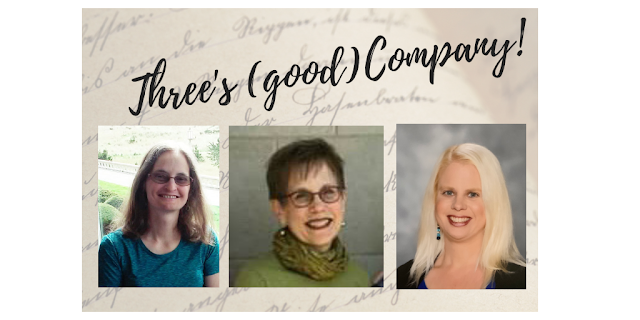 NICOLE'S REVIEW:
Award-winning author Jaime Jo Wright creates another fascinating dual timeline novel with an abandoned train depot, a serial killer, and a thrilling circus storyline. The past and present storylines in The Haunting at Bonaventure Circus collide as the mystery and suspense increase with Jaime Jo Wright’s trademark “creepiness.” Although the beginning of The Haunting at Bonaventure Circus moves at a slower pace, the two equally compelling storylines will capture the readers’ interest throughout the novel. Enjoy your journey to Bonaventure Circus!

Throughout the novel, Jaime Jo Wright emphasizes that we are born with a purpose, and we are seen and loved by God. Her faith elements are always beautifully integrated into her storylines despite the darkness and mystery throughout the novel. For readers who want something different than the typical romantic suspense novels available, Jaime Jo Wright is the author you are looking for.
*I received a complimentary copy of this book from Bethany House and was not required to write a positive review. All opinions expressed are mine.

TRIXI'S REVIEW:
An old circus that holds tight to its secrets, a cold case murder and disappearance, two women separated by time, and a haunting tale to keep you awake at night The Haunting at Bonaventure Circus is all that and more!

Jaime Jo Wright's evocative writing style will keep you entranced in the story. She paints pictures in your mind like no other and plunks you in the middle of the pages as if you've stepped through fiction into reality. At least she does this for me every time I read her books! The Bonaventure Circus, at it's very heart, was a lucrative and thriving business in 1928. But it was also full of scandal, secrets, and the need to hide something sinister below the surface. Pippa Ripley, a young woman well associated with feeling that she doesn't belong anywhere craves the need to be a part of something, to belong to someone. Thus the reason she attaches herself to the “Watchman”, a mysterious and elusive man skirting the edges of circus life. Fantasizing that he truly cares for her and watches over her safety, she sneaks around trying to find out who he really is. Only to find something much more than she hoped for and a truth she wasn't ready to face.

In present day, Chandler Faulk only wants to restore the old depot and circus grounds. It's her passion as a real estate project manager working for her uncle. Single mom by day and a woman wrought with fears by night, her only goal is to protect her son and raise him single-handedly. Then she stumbles on a mystery that spans time and could threaten her whole mission for moving to the town of Bluff River, Wisconsin.

Wright brings two seemingly unrelated stories and the lives of two unrelated women together thread by thread, line by line, and clue by clue, slowly building to a stunning conclusion. She sucker-punched me at the ending and left me speechless when the mystery was solved and the pieces fell into place. I don't think anyone would see this coming, how Wright seamlessly weaves the tale of Bonaventure Circus into a beautiful tapestry. My final takeaway—at the very core of this story is the human need to be seen, the desire to be loved, and for someone to truly see you as important just because you exist. Both Pippa and Chandler are two women trying to find their place in the world. They learn at the end they already belong to the One who loves them, cares for them, and has always been cradled in His hands. The spiritual truths in this were deeply moving and lodged in my soul. Wright has a way to speak truth to ones' heart through fictional characters that become real in the readers mind. I've always appreciated her writers voice and the way she connects to her readers.

“Remember, what to us seems like God's biggest errors, to Him they are His largest promises.”

“It was a peaceful thing. The knowing. The knowing that she had never truly been unseen. Maybe it was worth pursuing faith. For in the pursuing, one must come out of hiding and run towards grace. Because it was only grace that would ever truly save.”~Pippa
*I received a complimentary ARC of this book and was under no obligation to leave a favorable review. All opinions are my own. *

REBECCA'S REVIEW:
"He was her Watchman. But more than that, she belonged to him."

Pippa Ripley has craved a sense of belonging her entire life. Given every advantage and opportunity as the daughter of a wealthy circus owner, she has also been forced to sacrifice the freedom to be seen for who she really is. When odd correspondences from an unknown watcher begin to escalate, Pippa valiantly strives to locate the person standing guard over the secrets of her past. Could a bruised and battered baby elephant become the catalyst for prodding Pippa's painful heritage out of the darkness and into the light? . . . . . or were her ministrations going to prove that just like the elephants, she might be treasured but not loved; for "love sacrificed, whereas a treasure was hoarded".

Real estate developer Chandler Faulk sees the restoration of the grand old circus grounds in Bluff River, Wisconsin as a way to prove herself; to prove that she is not only capable of being a single mother, but proficient enough to handle a large construction project with skill and determination. However, "No one told (her) before she'd recommended the purchase that the abandoned train depot her uncle had invested in was likely the site of an old murder".

"Life was not unlike the wisp of fog that curled around the base of a grave marker" . . . begins the author, creating an enticing aura of uncertainty about things to come. Unlike the eerie call of a siren within the wind, this story bravely beckons its readers to proceed toward danger rather than away from it, ultimately revealing that "what to us seems like God's biggest errors, to Him they are His largest promises".

Once again, Jaime Jo Wright has proven herself to be one of the most brilliant story plotters among authors of romantic suspense. Don't discount the methodical beginning, it only serves to heighten the anticipation of a stunning ending.
*I received a copy of this book from the author and publisher. The opinions stated above are entirely my own.

ABOUT THE BOOK:
Welcome to Bonaventure Circus, where misfits go to hide.

In 1928, the Bonaventure Circus has become a refuge for many, but Pippa Ripley was rejected from its inner circle as a baby and is no longer content to leave the reason for that rejection unquestioned. When she receives mysterious messages from someone called the "Watchman," she is determined to find him and the connection to her birth. As Pippa's search leads her to a man seeking justice for his murdered sister and evidence that a serial killer has been haunting the circus train, she must decide if uncovering her roots is worth putting herself directly in the path of the killer.

Decades later, an old circus train depot's future hangs in the balance--it will either be torn down or preserved for historical importance, and its fate rests on Realtor Chandler Faulk's shoulders. As she dives deep into the depot's history, she's also balancing a newly diagnosed disease and the pressures of single motherhood. When she discovers clues to unsolved murders of the past, Chandler is pulled into a story far darker and more haunting than even an abandoned train depot could portend.

ABOUT THE AUTHOR:
Jaime Jo Wright (www.jaimewrightbooks.com) is the author of five novels, including Christy Award winner The House on Foster Hill and Carol Award winner The Reckoning at Gossamer Pond. She's also the Publishers Weekly and ECPA bestselling author of two novellas. Jaime lives in Wisconsin with her cat named Foo; her husband, Cap'n Hook; and their littles, Peter Pan and CoCo. To learn more, visit www.jaimewrightbooks.com.
NetworkedBlogs