THE HEART OF A HERO by Susan May Warren, Reviewed by Winnie Thomas 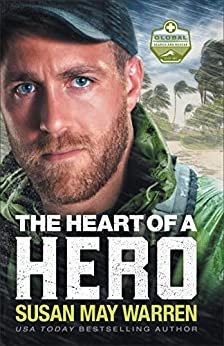 Susan May Warren is a master at crafting courageous, engaging, and strong heroes and placing them in precarious settings and circumstances. Of course, she also adds amazing, realistically-flawed, and engaging heroines to go with them. And since The Heart of a Hero is part of the Global Search and Rescue series, the hero Jake Silver has lots of chances to rescue the heroine, Aria Sinclair. The characters are amazing, the action is nonstop and dramatic, and the story is typical Susan May Warren fare. 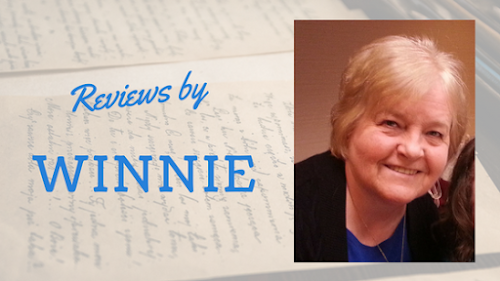 Aria and Jake were introduced in the first book of the series, The Way of the Brave, and I enjoyed getting to know them better and watching their relationship change and develop. There was also some backstory of Hamilton Jones’s situation which is continuing in book 3 of the series.

The only problem I had with this book is that there seemed to be perilous situation overload.

“I thought we weren’t talking about that.”
“If we limited our conversation to only the things that happen when we’re trying not to die, we’re going to run out of things to say.”

I’d hate to hang out with these characters, since every time they turned around something else was thrown at them. At times, it seemed to be a little unrealistic and over the top. That said, I still enjoyed the story, and I’m looking forward to book 3 in the series.

*I received this from Library Thing and was under no obligation to provide a positive review.

Back Cover Blurb:
Jake Silver may not be able to put the memories of his time as a sniper and Navy SEAL behind him, but at least he can put his skills to use as a part of the Jones Inc. rescue team. Saving the life of pediatric heart surgeon Dr. Aria Sinclair on Denali helped too. Now he can't get her out of his head, and when he hears she is in the path of a hurricane down in Key West he can't help but jump on a plane to rescue her.

Aria has dedicated her life to helping children born with defective hearts. After all, she was one of those children. Now driven to succeed, she lives a lonely, stressful life. One she would have lost on Denali if it hadn't been for Jake. Jake is exciting and handsome, but he's also dangerous, and she's already lost one person she loves. She can't bear it again.

It's not until she finds herself trapped in the middle of a category 4 hurricane that she can admit she needs Jake desperately. With their very survival in the balance, can they hope for a second chance at life . . . and love?