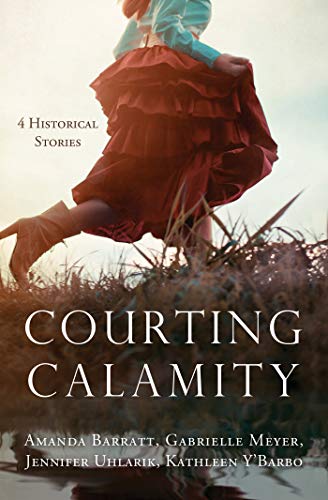 "Arresting stowaways isn't my job." - Lady and the Tramp by Jennifer Uhlarik

How could it have gotten so complicated? Take eight orphaned children on a train, find her brother's property, and live happily ever after . . . or . . . . survive a train wreck, meet a handsome Wells Fargo Detective, get kidnapped, and survive to tell the story. Which would Mattie Welling choose?

" . . . . there was no reason he should be soaking wet and shivering. He jumped up and turned around. There stood the reason. And she was stunning. " - The Secondhand Bride of Polecat Creek by Kathleen Y'Barbo

What an introduction! Or, it was actually a chilly re-introduction to the man that Lizzie Cooper had figured would marry her sister. She had planned on it, as a matter of fact. But the best laid plans . . . Abigail was gone and Lizzie was left gaping at her not-going-to-be brother-in-law. So, that left both of them in a doozy of a conundrum.

"I have prayed God would spare me until I could ask you to marry Sofia and care for her once I am gone." - The Bride of Basswood Hill by Gabrielle Meyer

What an impossible request . . . or was it? Charles Alexander's beloved mentor was dying, and his beautiful granddaughter needed the protection of a husband. Was it possible that God had ordained this strange, but seemingly wonderful introduction? If so, Sofia was going to need help navigating her way into one of the most recognized industry names in the country. Can Charles convince her to not only take his name, but to claim his heart?

"What's love like?" . . . . "It's not like in the dime novels. . . . all sighs and roses and moonlit walks. It's hard and scary, because life is. But it's real. And when it's real, you know you've found someone to journey battles beside, not matter where that journey takes you." - Echoes of the Heart by Amanda Barratt

Who knew that a simple conversation between sisters would one day mean so much? Against all odds, Meggie and Aileen O'Connor have traveled to America in search of a better life. And they may have found it, having secured employment in a large New York shirtwaist factory. Working long hours with limited breaks and unfair payment policies, they get caught up the formation of unions. Along the way, Aileen meets a handsome, kind, charming young man; Lorenzo Faveros, whose admiration will be tested through the fires of adversity.

Four enjoyable, engaging, and inspiring novellas!
3.5 stars *I purchased this collection and was under no obligation to provide a review. 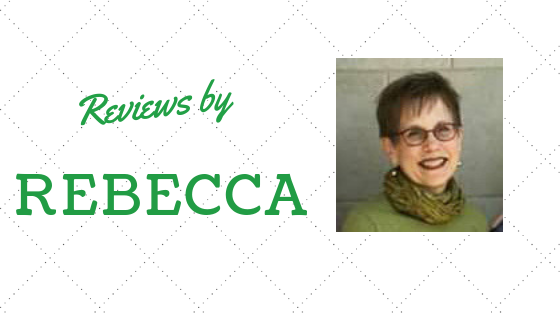 Despite determination to be strong and independent, four women of bygone days are in need of a hero.

Lady and the Tramps by Jennifer Uhlarik
California, 1874
When outlaws steal a deed from Mattie Welling, her dreams for her eight orphan charges from New York City are dashed. Can Wells Fargo detective Jake Hickens be trusted to pick up the pieces?

The Secondhand Bride of Polecat Creek by Kathleen Y’Barbo
Texas, 1890
When Zeke Wyatt returns home to Polecat Creek intent on making good on his promise to marry his childhood sweetheart, he finds she’s run off in his absence, leaving her kid sister to care for her aging parents and the mercantile. Can Zeke finally settle down, or will he leave another sister with a broken heart?

The Bride of Basswood Hill by Gabrielle Meyer
Minnesota, 1900
When wealthy lumber baron, Charles Alexander, unexpectedly finds himself married to an Italian immigrant, Sofia Bellini, he must do all he can to protect her from the society she’s ill-prepared to navigate. But when he falls in love with his pretty bride, he will have to make a difficult choice: will he go through with the annulment they had planned?

Echoes of the Heart by Amanda Barratt
New York City, 1909
Irish immigrant Aileen O’Connor is willing to work to make a life in America. But even the land of opportunity is paved with hardship, as she discovers firsthand the injustices faced by factory workers. When she meets Lorenzo Favero at the Triangle Shirtwaist Factory, her heart is stirred by the kindness he shows her. When tragedy engulfs the city, will their newfound love survive the flames?