HER SECRET SONG by Mary Connealy, Reviewed by Paula Shreckhise and Winnie Thomas 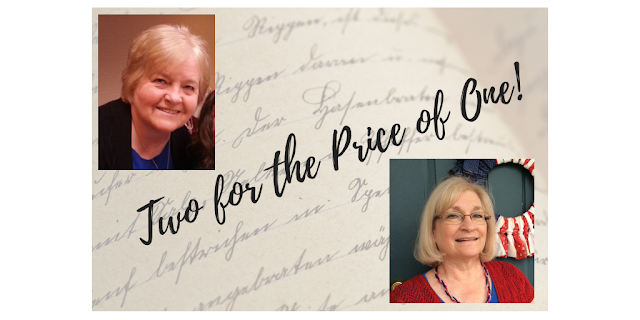 PAULA'S REVIEW:
This is the third book in The Brides of Hope Mountain series, Ursula’s story. With her sisters married and down in civilization, Ursula is the lone hold out in isolation on the mountain. She has her skills and hones a new one- ax throwing. She has her Bibles and has set scripture to song. As spring comes, Ursula decides to do a brave thing and climb down the mountain as God leads. She comes upon an injured Wax Mosley and helps him back up the mountain and nurses him back to health.

*Beneath all the misery was a song. A private song for him alone, almost like the angel had followed him into hell. That single secret song kept him from dropping so far down into the hot black misery he would never be able to get back up.*

Her Secret Song wraps up the story of the Nordegren sisters and the Warden family to a satisfying conclusion. Ms. Connealy describes the terrain beautifully. There are funny moments and exciting chases, stalking and captures.

Wax Mosley saw Ursula as an angel come to his rescue. He re-evaluated his life and came to know God in a more personal way that changed his behavior.

We can learn from Ursula in her isolation. She relied on God and always had a song in her heart even amongst difficulties.
*I received a complimentary copy of this book from Bethany House on behalf of the author. I was not required to give a favorable review. All opinions are my own.*I give this 4 stars and a strong faith thread.

WINNIE'S REVIEW:
With an imaginative premise of three sisters raised in the tops of the mountains in rural Colorado in the 1870s, Mary Connealy has created a clever and humorous series that climaxed with Her Secret Song starring Ursula Nordegren. Raised by their grandparents and warned about the dangers existing down in the valleys, the girls learned to be self-reliant but lacked knowledge about society. Mary Connealy’s sense of humor shines through her stories, and this series has been a favorite of mine.

“Grandma had only taught them to count to one hundred. It seemed unlikely they’d ever have more than one hundred of anything, so Grandma thought going higher was a waste of time.”

Populated with amusing and endearing characters and full of madcap adventures, this tale captured my imagination and kept me turning pages. Although this was Ursula’s story, characters from the other books in the series popped up and added to the fun. Ursula is an interesting character, at times timid but also courageous when circumstances warranted bravery. Jake “Wax” Mosby is a hired gun who is trying to mend his ways and live uprightly. When he’s rescued by Ursula and introduced to her family, things get a little crazy.

“The hatchet hit hard and stuck. ‘Right where I aimed.’ She felt proud of her skill. That was a sin, but before she repented, she enjoyed the shocked expression on her sisters’ faces.”

“He glared down the mountainside. He had no wish to climb down. Being shot off a mountain cured a man of climbing.”

If you’re in the mood for some humorous historical fiction, this series The Brides of Hope Mountain is sure to please. This series is bound for my keeper shelf.
*I voluntarily reviewed a complimentary copy from the author and Bethany House Publishing. All opinions are my own.

BackCover Blurb:
After a rough winter spent alone, Ursula Nordegren realizes she must overcome her fears of the outside world and begins a trek down Hope Mountain. Along the way she finds a badly wounded stranger and realizes God may have used her decision to leave as a way of saving the man.

Wax Mosby was climbing Hope Mountain in part to atone for his terrible choices. He was hired to drive out the Warden family and now knows he was duped. But when he's wounded during the climb, the last person he expects to rescue him is a beautiful blond woman with the voice of an angel.

As both Ursula and Wax weigh the costs of living new lives, the two find an unlikely bond. And they're joined by Ursula's sisters and the Warden family as the final showdown over the family ranch looms with the coming of spring.