BRIDGE OF GOLD by Kimberley Woodhouse, Reviewed by Rebecca Maney 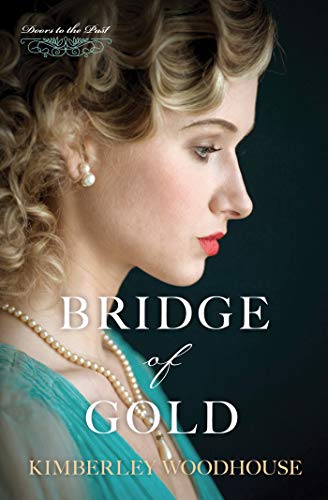 When dive experts Kayla Richardson and Steven Michaels happen upon an underwater mystery while working on a restoration project for the city of San Francisco, they never imagined being tangled up in unsolved murders . . . for not one, but two victims . . . . from totally different eras. What secret was the ship, "The Lucky Martha" still holding onto? And why were others so adamant about keeping them from making a full discovery?

Years earlier, another young diver happened upon a ship buried underneath the waters of San Francisco Bay. At that time, Luke Moreau was a member of the construction team for the south tower of what is now known through-out the world as the Golden Gate Bridge. When his underwater discovery began to threaten all that he held dear, Luke made a decision that affected the lives of several generations.

Enjoy the riveting history written between these pages, for what was under the sea changed everything on the surface for four young Americans, whose fears for their future were overcome by diving deep into the past.

"Fear is not of the Lord, child. He is almighty God and has His angels watching over you."

Walk through Doors to the Past via a new series of historical stories of romance and adventure.

Underwater archaeologist Kayla Richardson is called to the Golden Gate Bridge where repairs to one of the towers uncovers two human remains from the late 1800s and the 1930s. The head of the bridge restoration is Steven Michaels, who dives with Kayla, and a friendship develops between them. But as the investigation heats up and gold is found that dates back to the gold rush, more complications come into play that threaten them both. Could clues leading to a Gold Rush era mystery that was first discovered during the building of the bridge still ignite an obsession worth killing for?