BETWEEN THE WILD BRANCHES by Connilyn Cossette, Reviewed by Winnie Thomas 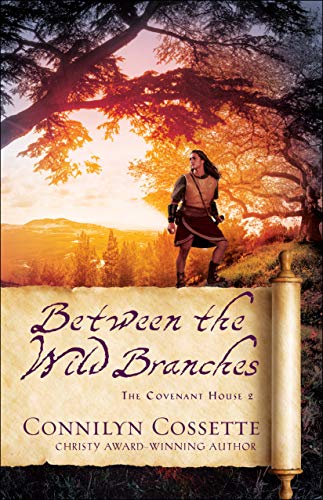 I usually don’t read much Biblical fiction, but I make an exception for books by Connilyn Cossette, one of my favorite Christian fiction authors. Her impeccable research, richly drawn settings, and colorful, realistic, and multi-layered characters make history come alive. She’s such a masterful author, and I greatly admire the creativity and expertise in her writing.

After following Lukio as a child in the first book in the Covenant House duology, To Dwell Among Cedars, I was so excited to read the rest of his story in the conclusion, Between the Wild Branches, and what a stunning conclusion it is! At times gritty and brutal, and at other times tender and heart-touching, this tale takes the reader from Ashdod, a stronghold of the Philistines to Kiryat-Yearim, the residence of Hebrews.

Lukio has been a famous Philistine for the past ten years and has amassed riches and a name for himself by becoming a fighter. He’s also spent that time trying to forget the painful memories of his early life and his time with the Hebrews who once adopted him. Despite his hardened appearance and reputation, he opens his heart to some who are downtrodden and in peril. When Shoshana, his friend from his days with the Hebrews reenters his life, they both find themselves in trouble.

This is an unforgettable tale of redemption, forgiveness, courage, and God’s divine intervention. It’s also a story of the power of family love, whether by birth or adoption. It’s headed straight for my keeper shelf and onto my list of top reads for the year. I’m looking forward to more fantastic books by this author.
*I voluntarily reviewed a complimentary copy from Bethany House Publishers and NetGalley. All opinions are my own.
See Trixi's Review!