THE DEBUTANTE'S CODE by Erica Vetsch, BLOG TOUR AND #GIVEAWAY hosted and reviewed by Paula Shreckhise 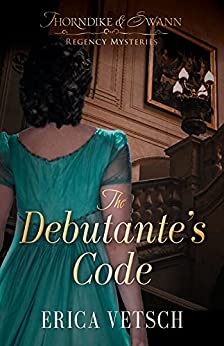 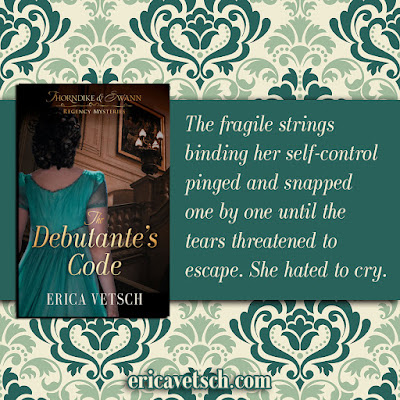 This is Erica Vetsch at her very best. Absolutely everything that I love in a Regency mystery is in this story. It is satisfying, yet it whets my appetite for more.

What is a debutante to do when she returns home after seven years to find her parents gone? She doesn’t know if they are in danger or just too preoccupied to care about her. When Juliette and Uncle Bertie are present at events where items are stolen, they are suspected by a detective, Daniel Swann. “The detective was handsome and interesting...and dangerous. He stirred in Juliette feelings of excitement tinged with guilt. His purpose was to dig out secrets and hers was to keep them hidden.”

Daniel has secrets of his own that have direct bearing on his past and his future.

Full of intrigue and clues to keep you guessing, this was an excellent start to a new series. I loved the disguises and the codes hidden in unlikely places, it reminded me of a Sherlock Holmes mystery. The characters were interesting and well represented. The plot was complex but moved at a pace that kept me turning pages.

With one mystery solved, there are still things unfinished, namely what is going to happen on Daniel’s next birthday? His fate awaits in the next book. Too bad I have to wait til next year to find out!
*I received a complimentary copy of this book from Kregel as a participant in the I Read With Audra Jennings book tour. I was not required to give a favorable review. All opinions are my own.*I give this 5 stars and a solid faith thread.

ABOUT THE BOOK:
Jane Austen meets Sherlock Holmes in this new Regency mystery series
Newly returned from finishing school, Lady Juliette Thorndike is ready to debut in London society. Due to her years away, she hasn't spent much time with her parents, and sees them only as the flighty, dilettante couple the other nobles love.But when they disappear, she discovers she never really knew them at all. They've been living double lives as government spies--and they're only the latest in a long history of espionage that is the family's legacy.
Now Lady Juliette is determined to continue their work. Mentored by her uncle, she plunges into the dangerous world of spies. From the glittering ballrooms of London to the fox hunts, regattas, and soirees of country high society, she must chase down hidden clues, solve the mysterious code her parents left behind, and stay out of danger. All the while, she has to keep her endevors a secret from her best friend and her suitors--not to mention the nosy, irritatingly handsome Bow Street runner, who suspects her of a daring theft.
Can Lady Juliette outwit her enemies and complete her parents' last mission?
Best-selling author Erica Vetsch is back with a rollicking, exciting new series destined to be a hit with Regency readers who enjoy a touch of mystery in their love stories. Fans of Julie Klassen, Sarah Ladd, and Anne Perry will love the wit, action, and romance.
Kregel Publishing, December 7, 2021

Vetsch is the author of many novellas and novels, including the popular Serendipity & Secrets Regency series and the new Thorndike & Swann Regency Mystery series 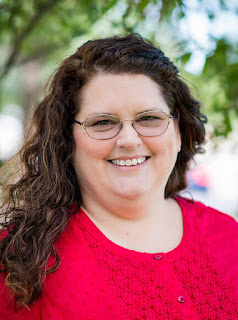