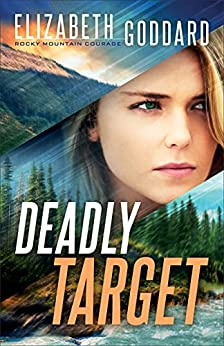 "Evil wouldn't let her forget that it existed, even for a few hours."

It sure seemed that way. After narrowly escaping what appeared to be an attempt on her life, criminal psychologist Erin Larson gets the news that her mother attempted to end her own life; the information being relayed by the man she left behind all those years ago, Nathan Campbell. Apparently, life was sending Erin back to Montana, her mother needed her. If she ended up staying longer than expected, her full-time job might be in jeopardy, but her recently established "Missing Children" podcast could continue from any state.

"Fishing. Rock climbing. Fishing. Baseball. Fishing." Nathan Campbell's father had shown up in Big Rapids, Montana for the first time in seven years, and while it appeared that he was going to enjoy fishing with his son, there was something else on his mind. Newt Campbell had just begun sharing that "something else", a cold case he was investigating for a friend, when a bullet ended the conversation. What in the world had just happened?

Talk about a trail with multiple switchbacks, this story sports numerous versions of itself in a concerted effort to uncover the truth. How could criminal activity spanning thousands of miles and decades of time, spin such a sticky web in the town of Big Rapids, Montana? And caught right smack in the middle of it all? Erin and Nathan.

A fast paced romantic suspense with an ending that I dare you to see coming!
*I purchased this book and was under no obligation to provide a positive review. 3.5 stars
See Paula's Review:
BackCover Blurb:
Criminal psychologist Erin Larson's dreams of a successful career come to a screeching halt when she nearly loses her own life in a boating accident on Puget Sound and then learns that her mother tried to commit suicide. She leaves her job as a criminal psychologist to care for her mother in Montana. At least she is able to produce her podcast, which focuses on solving missing persons cold cases.

Nathan Campbell's father was investigating such a case when he was shot, and now Nathan needs to enlist Erin's help to solve the case. She's good at what she does. The only problem? She's his ex.

As the two dig deeper, it becomes clear that they, too, are being targeted--and that the answers to their questions are buried deep within the past Erin struggles to explain and longs to forget.