One of the most frequent questions a writer gets is: “Where do you get your ideas from?” It’s not an easy question to answer because ideas come from everywhere. Half-remembered conversations, TV news, research, people watching. 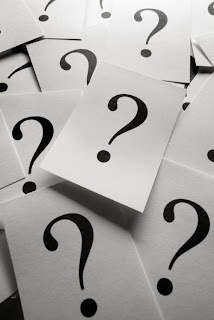 There’s almost always some nugget that provides the impetus for a story. But it takes a lot of work to melt down the nugget, refine it and spin it into gold. Unfortunately I can’t think of any stories that sprang full born into the mind of a writer, like some sort of reverse Minerva.

The most common way a story is worked into shape is by asking questions. I discover who my characters are by asking why. Why does she respond like this? Why does she desire that? Seriously, writers are like toddlers. Ever answer provokes another why!

Plots are developed by asking, what if. What if the letter is never delivered? What if the ship sinks? What if the murderer figures out she’s on to him?

Getting the answers to the questions is a thrill. It’s the sort of rush that makes pitching the story to an industry professional worth the effort.

So here I am. I’m editing my last story and getting ready to submit it to agents and editors. It seems like at this point in the process my mind always turns to thoughts of the next story. I’m not unfaithful to the story I’m working on now mind you, but my attention does start to wander.

In this case I’ve got my nugget for my next story. It’s a character. (Thanks, for letting me have him Jen!) His name is Carter Forbes and he’s a Pinkerton agent in the 1890’s. Here’s his picture. 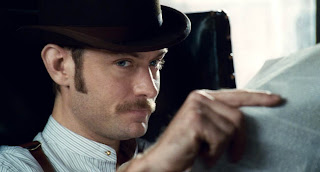 He’s tough and smart, but also has his eccentricities. For example, he’s loved dime store novels since he was a kid. Besides the fact that the detective’s seemed so heroic in the stories he’s read, he came to investigation because his little sister was severely injured in a robbery gone bad. She’s now paralyzed. And Carter is determined to make the world safe for her. 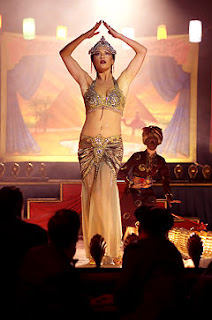 Only now she’s fallen prey to a quack who promises healing. Enter the heroine, a different kind of charlatan. She’s a fake medium who Carter catches because of another investigation and then forces to help him prove the truth about the quack.

I think it’s a solid premise with characters very different from the average Christian fare. There’s potential for plenty of conflict, but also room for attraction to grow and romance to blossom. The problem is to take that 123 word description and turn it into 340 pages of story.

OK, so if you’re up for it, let’s play bookmaker. (Some of you will be taking bets on the story’s odds of publication, for the rest of you there are lots of questions to ask and try to answer.) Many I haven’t even thought of yet. Some of the ones I have thought of concern the heroine. She has to be likable, even if she’s flawed. So why is she a fake psychic? What does she want more than anything else in the world? How does she grow through the story?

Since it’s my story, there’s also going to be some element of mystery or intrigue. Besides bringing down the quack, what central mystery could complicate and entwine with the other story?

How do hero and heroine first come into contact?

Where should I set the story? San Francisco, New York? Somewhere else?

Anyone want to offer title ideas? I stink at titles.

Yeah… there’s lots of work to do on this one, and that’s before I start writing!

Disclaimer: I won’t be able to use every awesome idea offered up, but if I can use your idea, I fully intend to! Don’t offer it up if you don’t want me to swipe it for the story.