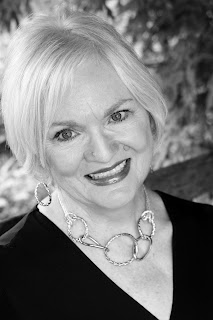 Thanks for having me as a guest blogger on fiction day. One of my favorite topics to discuss is Christian fiction, simply because I think it is an issue that is not as easily defined as we think it might be. My opinion is that many readers and even perhaps authors don’t have a good, solid working definition of what it is.

However, I’ve discussed that on several blogs and taught it at several conferences, so I wanted to take a different, lighter approach to the subject matter of writing fiction. I thought I’d just give a little testimony of how I came to write fiction. After all, that’s one of the first questions that we authors get asked, isn’t it? How did you start writing?

When I started speaking professionally, I was told that I needed to get published. My spiritual gift is teaching, so naturally I began to write non-fiction—Bible studies, general inspiration books, a book on marriage. I began attending writers conferences to try to learn how to write a proposal, how to submit a proposal, how to make a pitch to editors and publishers, etc. I felt my experience as a conference speaker and Bible teacher and my maturity in walking with the Lord perhaps lent itself to producing books that might be of help to people and would lift up Jesus.

Now, at this juncture, I have a confession to make—and I beg the forgiveness of all my fiction author colleagues. I hope you will still love me! :) I admit that I had a rather elitist view about my non-fiction writing attempts, although I had not even snagged a contract. Came close on several, but never got a contract. My attitude was: fiction writers are just telling stories—I was writing biblical truth. Ahem, ahem. (Can’t you see me blowing on my nails and busting my buttons?)

Then I attended a fiction workshop led by the editor of a major publishing company. He made the statement, “In fiction we can embed a spiritual truth in perhaps a more palatable manner than in a preachy non-fiction book.” He told us that many people will pick up a novel who would never read a Christian non-fiction or Bible study.

That pierced my heart. And I realized that Jesus taught truth through telling stories. He was the Master Storyteller.

In the meantime, I had come across a family genealogy published in 1907 which chronicled the story of my Huguenot ancestors back to 1695. The story of their sacrifice and courageous faith needed to be told, and I wanted to “tell the story.” When I took my first efforts to my critique group, they confirmed that this was where I needed to be—writing fiction. The rest, as the cliché goes, is history. I told the story in my Darkness to Light series, In The Shadow of the Sun King, Prisoner of Versailles, and the concluding book, Where Hearts Are Free, which released a couple of weeks ago from Thomas Nelson Publishers.

Bridget is in love with one man … and promised to another. Amid the liberty and promise of the New World, Bridget Barrington and Philippe Clavell fall in love. But nothing about their love seems possible. To pay for the Clavell family’s passage from France, Philippe, a former member of French royalty, worked as an indentured slave to the Barringtons. Bridget is the heiress of the prominent plantation.

When Bridget’s parents discover the budding romance between their daughter and their servant, they quickly orchestrate her engagement to an older, more advantageous match. But Edward Moorehead has a secret. And he’s anything but a good match for Bridget.

Separated from her true love and in danger from her betrothed, Bridget must rely on God to deliver her from Darkness into Light.

Golden Keyes Parsons is a popular retreat/conference speaker and best-selling author who issues the challenge: dare to take God seriously. In her deep plowing of the heart, Golden peppers her sessions with personal illustrations moving from tears one moment to laughter the next, all the while communicating the message that God is faithful—keep on trusting Him. She has a passion to communicate the Word of God in such a manner that will lead to Godly living.


Golden is an ordained pastor, and she and her husband, Blaine, have just retired from the senior pastorate in Red River, NM. They enjoy leading marriage conferences where they share their marital struggles and victories born out of the fire. Golden’s testimony and myriad of life experiences—including surviving cancer twice—lend a touch of authenticity to her speaking, teaching and writing.

Her first novel, In The Shadow Of The Sun King, (The Darkness To Light Novel Series, Thomas Nelson Publishers) was a finalist in ACFW’s Debut Author Book of the Year. The sequel, A Prisoner Of Versailles, released September ’09, and was a Daphne finalist. The concluding book in the series, Where Hearts Are Free, released September 14, 2010, and is now in bookstores. She also has written and published a Bible study for women, entitled The Wise Woman Builds, and has had numerous articles published in such periodicals as Marriage Partnership, Angels On Earth, Just Between Us and Lookout Magazine, as well as several compilations.

Hi, Dina here. Sorry I'm late in adding this, but Golden would like to offer a give-away of Where Hearts are Free. Please leave a comment with your email (add spaces or brackets to protect from spammers) over the next three days to enter.
Posted by Dina Sleiman at October 06, 2010