by Anita Mae Draper
Now that I’m at the end of Emma’s Outlaw, my mind is buzzing with ideas for my next story. I know what I’m going to write about and where it’s set. I have a name for my hero, know his background, and his job. I’m having trouble picturing a suitable mate for him, though. And yes, it will be a historical romance. The plot is coming along, but I won’t get too hung up on details yet since my stories usually unfold as I write.
In my life, I can’t remember a time when I wasn’t reading. And 80% of my reading appetite has been filled with romance. Sometimes I can’t tell why I loved a certain book, but I can usually tell you why I didn’t. To help you weed through all the available books, you can look almost anywhere on the internet and read reviews. Sometimes they’ll tell you the good and the bad. And sometimes just the good. Or just the bad. It depends on how the reader perceived the story.

But what makes a good story? Or better yet . . . what makes a great story? This has been on my mind this past year as I’ve done almost a total overhaul of Emma’s story. You see, I liked it well enough before, but others didn’t so I had to employ elements to make it more entertaining. I didn’t want to make the same mistake with this upcoming novel.

In my research to find the facts of a great story, I pulled out the Bible and re-read some of the stories I’ve loved forever. And amongst the stories of heroic valour and deep faith, the romantic ones topped my list.

In particular is the story of King David and Bathsheba. Complete books of the Bible focus on David and his life. Not so much Bathsheba, but I’ll talk about this later.

Dictionary.com defines a hero as ‘a man (or woman) of distinguished courage or ability, admired for his brave deeds and noble qualities’. Well, that certainly describes David, both as a youngster and as a king.

A hero is also someone who does what needs to be done even when he or she doesn’t want to do it. Biblical heroes who fall into this category are:


Those are some truly inspiring heroes. But, heroes don’t need to have reluctance as an inner conflict before their story becomes great. Do they?

The Bible says David was tempted the moment he first saw Bathsheba bathing. That in itself was enough to put me in a tizzy when I first read it at the age of 12. Compound that with adultery and the story had my full attention. Add in the rest – the pregnancy, the murder and the lying – and it’s a bestseller in my eyes. We even have a happy ending because David marries her after she’s properly mourned the death of her husband. Awh, it’s so romantic. 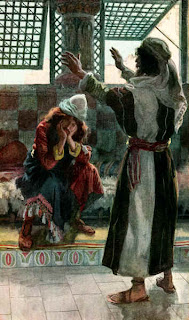 Is it? David doesn't even admit he's sinned until the prophet Nathan stands before him in accusation. That's not very hero-like.

And the story isn’t complete at this point, because David’s sin wasn’t something personal between him, Bathsheba, Uriah and God. As a king, David’s people and his enemies knew about it. And although God is merciful and forgiving, He’s also a disciplinarian. The punishment meted out to David was that the son born of his affair with Bathsheba should die.

We can’t feel sorry for the child, because the Bible says children are in the kingdom of heaven. (Mark 10:14 NIV).

But, 2 Sam 12:24 says Bathsheba suffered. So what did David do? He comforted her by taking her to bed. *sigh* Which, of course, is practically where the story started. Bathsheba gets pregnant again – although this time it’s sanctified by God in holy wedlock. Their union is blessed and the child is Solomon, the wisest man who ever lived. And yes, that’s the end of David and Bathsheba’s story as given in the Bible.

As a hero, David stumbles. Big time. I've heard that a hero isn't a hero because he doesn't get tempted, but because he overcomes temptation. I'd say David failed in that regard - at least this once. Other times, he passed the test. He was only human, after all.

If I was writing a book review on the story of David, Bathsheba and Uriah, I'd say it’s kind of one-sided. It reminds me of those old Harlequins where you only read the point of view (POV) of the heroine. You never knew what the hero was thinking and you'd have to guess from his expressions and tone of voice. And even then, the author would usually try to throw you off - at least that's the way I saw it.

Getting back to the Bible, here’s some things I’d like to know about this story : 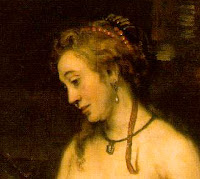 What was Bathsheba's emotional state when she first realized why David requested her presence?

And what about love:
- Had she a crush on him from afar before he ever saw her?
- Did she fall in love with him the moment she appeared before him?
- Did she learn to love him over time?

During their night together, did Bathsheba mention:
- Anything about her feelings toward her husband?
- Uriah feelings for her?

Did Bathsheba love Uriah? We know she was upset when he died, but was it because:
- She’d lost the love of her life?
- She no longer had a protector? (Tantamount to a death certificate back then)
- Her children lost their father. (Did she even have children from Uriah?)

What was Bathsheba’s background?
- Was she lower, middle, upper class? Was she born that way or only since marrying Uriah?
- Was she a Hittite like Uriah? Where was she born?

How did Bathsheba feel when she realized she was carrying David’s child?
- Shame and regret?
- Sorrow that it wasn’t Uriah’s?
- Happy that she carried the king’s child in her womb?

We know what David did, but we don’t know what he thought. (His POV):
- Did he fall in love with Bathsheba or just lust after her?
- After their one-night-stand, did he pine for her?
- Would he have tried to kill Uriah if Bathsheba hadn’t been pregnant? 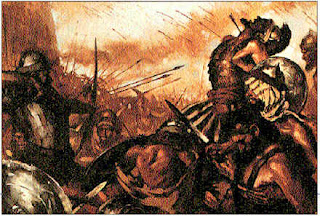 And what about David’s pre-meditated murder:
- Did he agonize over his plan to kill Uriah?
- Or was he stricken with panic?
- Did he kill Uriah because he wanted Bathsheba for himself?

After they married, was she just another wife in his harem?

I realize these answers are speculated upon elsewhere on the web, but like reviews, I'd like to read the story firsthand myself.

If you've noticed, I haven't judged David or Bathsheba's actions because that's not the point of this post. There are oodles of places on the web where that's already been done. This post is merely research into the entertainment value of a well-known story. And no, I don't believe every story should have adultery, cheating, lying and murder. But it sure spiced it up.

If you'd like to read more about Bathsheba, check out Inkwell's Dina Sleiman's post from last Dec on An Unusual Heroine: Bathsheba.

Do you think I'm asking too much to want to know more about David and Bathsheba's story? Instead of telling all the carnal details of this type of story, would my time be better spent dwelling on the repentance aspect of it?
Posted by Anita Mae Draper at October 27, 2010