Having been in church my whole life, there are lots of terms and phrases that I just accept. They’ve become so ingrained that they are almost clichéd—automatic responses that have lost the potency of their meaning. 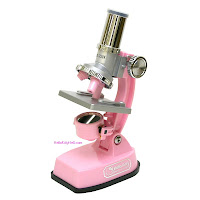 For some reason as my husband was teaching a Bible study about worship the other day my mind began to turn over a phrase that we often use—Magnify the Lord. If you begin to actually analyze that phrase in the context of Christianity it seems just a touch ridiculous. After all, how is it possible to make God look bigger than He is? Think about that for a second… Surely it’s impossible to exaggerate a God that is all-knowing, all-powerful and everywhere present. This creator of the universe who holds the dust of the earth as if it is a pinch of salt, and yet would robe Himself in flesh for the sole purpose of enduring an ignominious death at the hands of his own creation. We can’t even begin to understand the depth and breadth and height of His love, much less come close to making it seem bigger than it really is.

And then another thought struck me. Magnification enables us to see what is really there. We are no longer confined to what we can see with our physical eyes. The same God who set the stars spinning in the vastness of space and declared the seasons is also the same God who formed the most delicate flower petal.

He created atoms, protons, electrons and neutrons. Scientists are now saying that there may be something smaller than even these incomprehensibly small units of matter. Every time we think we’ve reached the limits of understanding the natural world, we find there is more to be learned. The same is even truer with God. The deeper we go in Him, the more we realize how much more there is to fathom.

I don’t know about you but there have been plenty of times in my life when I’ve wondered why God was allowing a situation. Those are the perfect times to magnify Him! Grab that spiritual microscope that lets us see more than our natural eyes. How do we do it? In worship, in prayer and in digging into His word.

So the challenge is this—Magnify God. Pick one attribute or characteristic and study it. Look closely, beyond the surface gloss we’re so familiar with. Down in the nitty gritty. Go deep and then a little deeper still. You may be surprised at what new things you might learn.

What’s God been talking to you about lately? 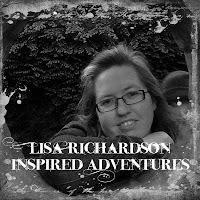 Lisa Karon Richardson has been creating stories, since she was little. Influenced by books like The Secret Garden and The Little Princess her early books were heavy on boarding schools and creepy houses. It took her awhile to figure out why grandma thought it was unrealistic for boys and girls to share a room! Now that she’s (mostly) all grown-up she still loves a healthy dash of adventure and excitement in any story she creates, even her real-life story. She’s been a missionary to the Seychelles and Gabon and now that she and her husband are back in America, they are tackling a brand new adventure, starting a daughter-work church in a new city. You can also find Lisa at her group blog: http://inkwellinspirations.blogspot.com Her first novella, entitled Impressed by Love, part of the Colonial Courtships collection, is coming in May, 2012.