Responding to Racism with a Christ-Colored Pen 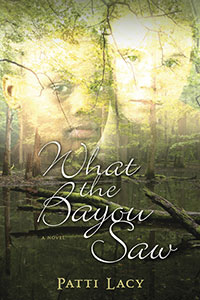 Don’t you just love it when you stumble upon a book that gets the wheels in your mind spinning and permanently changes the way you view the world. I certainly do. Hmm, I think I may have mentioned that recently. And before I fall into the temptation to give you an exhaustive list of those books, let me get to my point. This summer I read What the Bayou Saw by Patti Lacy. You might recall that Patti is a former Inky, so you can imagine my excitement when I realized she had written one of those life changing books dealing with one of today’s toughest issues: racism. I waited until now to post this in honor of Black History Month.

I’m shocked and sobered each time I’m reminded of how atrocious the racial situation was in America when my own parents were children. This book takes a look at the deep South in the 1960’s and will turn your stomach in a good way with the stunning and very realistic portrayal of racial injustice. The young girl in the story calls to mind Huckleberry Finn as she deals with guilt over desiring to love and accept the blacks around her. She has to hide her relationship with her new best friend, which leads to all sorts of horrendous trouble. Yet Patti Lacy forges bravely forward and withholds none of the awful details.

Perhaps even more shocking than the glimpse into recent history, is the fact that the fictional present in the book is Midwestern America, where white supremacists are still wreaking havoc at a local university. This resurrection of racial issues in the life of the heroine forces her to face her haunting past.

For me, this book brought up all sorts of thoughts and memories as well, but of a different sort. I grew up loving red, yellow, black, and white equally. So one of my first memories of racism was a story from my mother. During her teen years when a black friend of hers was forbidden entrance into a white friend's home, my mother was so enraged that she refused to enter as well and sat on the porch the entire time. And I recall my parents dropping me off at government housing for my African-American friend's birthday party. I’m sure it wasn’t easy for my overprotective mother to leave me in the ghetto, but I’m so grateful my parents sent me that message.

It can be easy to turn a blind eye to racism today. To glibly act as though it doesn’t exist. To blame it on others. But instead we should press toward healing and racial reconciliation. There are still divides and hard feelings between races in our nation.

I remember the night President Obama was elected. Although I could not bring myself to vote for someone with such blatantly liberal politics, I secretly hoped he would win. I kept all my prayers in the “your will be done” category, because I had a sneaking suspicion that God wanted to do a work in this nation through President Obama. I felt that electing our first minority president would have an impact on a spiritual level, and go a long way in healing old racial wounds.

When I watched Obama’s victory speech, I clapped and cried along with everyone else. As the camera panned over brown-skinned faces filled with hope, my heart welled along with them. When Sasha and Malia walked confidently across the stage in their beautiful designer dresses, I knew I was witnessing history in the making.

But racism still exists. On one hand Obama’s victory was a victory on the racism front. It proved to our nation that blacks are not inherently inferior and whites are no longer inherently prejudiced. On the other hand, the way we perceive race as an issue in this presidency points to residual problems.

My brother recently moved to the Deep South, where segregation thrives. He quickly discovered that the new version of racism involves all the white people sending their kids to private schools, and his family is still struggling with how they should respond to this situation. Blacks and whites remain geographically, economically, and culturally segregated in that part of America.

Let us all pray for a complete racial reconciliation in our country, and let us all look for ways to reach out and bridge that gap. Thank you, Patti, for bringing this important subject to my attention once again and giving me this opportunity to look at it through fictional eyes.


What does black history month mean to you? What can you do to help bridge the racial divide in our country? What books have you read by African-American authors that have touched your life? 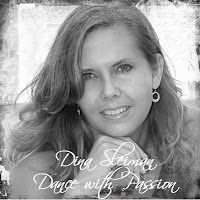 Dina Sleiman: Dance with Passion. Dina writes lyrical stories that dance with light. She is an aspiring novelist and a published poet, but she is also much more. Most of the time you will find this Virginia Beach resident reading, biking, dancing, or hanging out with her husband and three children, preferably at the oceanfront. She is passionate about anything related to creativity. Over the years she has enjoyed many opportunities to teach literature, writing, and the arts. Her primary goal is to serve God and live a spirit-led life. Join her as she discovers the unforced rhythms of grace. For more info visit her at http://dinasleiman.com/
Posted by Dina Sleiman at February 21, 2011