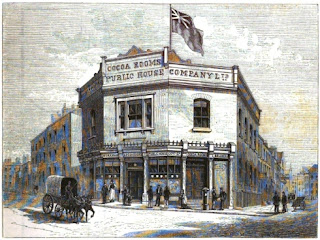 For all those readers who thought the British only drank tea, I have a story for you. And if you think coffee bars and baristas are a new trend, think again. Back in 1885, coffee houses – or coffee taverns, as they were sometimes called – were all the rage in Britain, and to a lesser extent in Europe and North America.
These coffee taverns were in direct response to the poverty and hopelessness of the British lower class who used alcohol to escape their wretched living conditions. Drinking affected all levels of society. Everyone suffered as men drank their pay away. Families came apart as wives waited days for their husbands to return. Sons followed in their fathers’ footsteps as they realized the futility of their lives. Debtor’s prison flourished. Industry lagged. Wars were lost. All because the people tried to escape into alcohol. 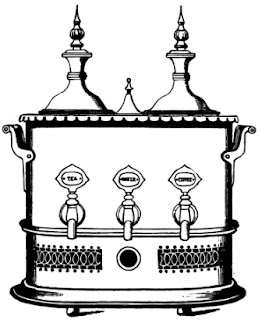 In 1853 Captain George Bayly and his wife, Mary decided to do something. They took the novel approach of inviting 16 of the dregs of society home for an evening of companionship and tea and urging them to sign a pledge of abstinence. Five men signed that night. Within a year, 100 men had signed the pledge and a cry had been heard. “We want a public-house without the drink.”* This led to the opening of coffee taverns where working men could go to relax without the temptation and availability of alcohol.
Since the working men often carried their meals to work, the public coffee houses wouldn’t supply meals, but rather offer a comfortable place to eat them while enjoying a hot drink and companionship. Because they realized that many soldiers and sailors were single, however, the coffee houses sold nourishing bowls of soup. Sites were made available down near the docks and industrial areas where the men worked. Since the whole idea was to compete against the alcoholic taverns and to save the workmen money so they could bring it home to their families, the bill of fare items were sold at the lowest price possible while still making a profit.

The idea of public coffee houses were to give the men a club as an alternate when they would have gone drinking in a tavern instead of going home. Comfortable furniture and homey accents incited men to linger as they drank the best tasting, unadulterated coffee, tea, or cocoa. A reading room provided daily and weekly newspapers. A smoking room encouraged relaxation and card playing for entertainment.

After ten years of flourishing, thousands of homes were happy as the man of the house was saved from the alcoholism. And then the movement began to fail.
By 1886 only a few coffee taverns were left and those that were still open were bare of customers. Why did such a brilliant scheme fail? One of the reasons was greed. Managers wanted more profit and offered watered down, muddy-brown beverages that tasted like ‘horse-beans, rotten dates and burnt figs’. The men wanted more substantive meals than just the soups, especially when they had to return to a labour-intensive job. Newspapers were fine, but the men wanted magazines and literature like modern novels. Although women made up half the population, they were barred from the coffee houses unlike the alcoholic drinking establishments. The men who enjoyed their smokes didn’t like to be sequestered in a back room away from the rest of the crowd. In order to provide a friendly, calming atmosphere, loud boisterous conversations weren’t allowed. Some managers posted signs at the entrance which read, "No Bad Language Permitted" and went so far as to forbid group discussions so that the rooms had the sound of a library and not the place where men gather. Together, these negative aspects caused the downfall of the public coffee house movement.**
As I wrote this post, I couldn't help wondering - where were the churches during this time in history? I welcome your thoughts on this movement, its origins and it's failure. 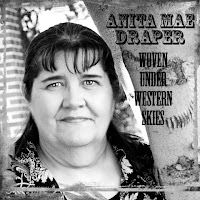