Spinning Together the Mystery Ingredients

by Jennifer AlLee
Several years ago, when my husband had to change careers, we went through a bit of a cash crunch. As a result, we cut back wherever we could, including our cable TV services. It wasn't until we bought our house last November that we upgraded to more than 12 channels. Now, I've found a few new shows (new to me, anyway) that I simply love. One of them is Chopped. 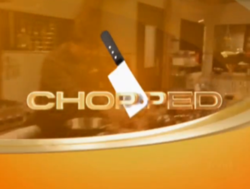 Chopped is a Food Network series in which chefs compete to make wonderful meals out of mystery ingredients. Each round is a different timed course - appetizer, entree, and dessert - and each course has its own basket of mystery ingredients. One chef is eliminated in each round, and the final chef standing wins the title of Chopped Champion... and $10,000.

I'm not a cook. I don't understand how a lot of foods work, therefore, I don't enjoy cooking them. So it surprises me how much I LOVE this show. What I like best is watching these truly talented chefs working with bizarre ingredients, some of which they've never seen before. One time, the entree basket contained baby bananas, black eyed peas, poblano peppers, and ostrich steak. Not only do they have to use all these items, they have to incorporate them into a cohesive, tasty, visually appealing dish. It's no wonder these chefs are sweating buckets by the time the round is up.

(I'm not kidding about the sweat... sometimes it's dripping. And I can't help but wonder if any of it falls into the food... but I digress.)

Sometimes, a chef looks in the basket and immediately knows what dish to prepare. Other times, he's clueless and has to wing it. And then there are the times when the chef knows exactly what he wants to do, but something goes wrong and he has to adapt and whip up a Plan B. All in just thirty minutes. 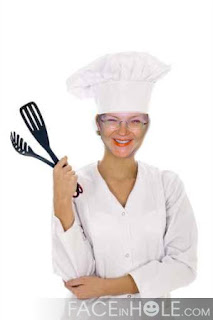 I may not know how to cook, but I've had a little bit of experience with throwing together things that don't seem to mesh. Once in college, I made dinner for my roommates out of what was in our cupboard. I combined sliced hot dogs, a can of Veg-All, and mayonaise. In a pot. On the stove. Yep... hot mayonaise. Oh, and the reason I was cooking is because my roomies were sick at the time. This dish did NOT make them feel better.
So... my cooking concoctions haven't turned out so great. But there are other areas where weird mixes are a good thing. As a reader, some of my favorite books contained surprise components. Currently, I'm reading a book that has an omniscient narrator. While this device was commonly used in classic novels, it's not something you see much of anymore. In fact, most writers are advised against trying it. But for this novel, it works. It infuses another bit of flavor into the narrative, a little surprise punch I didn't expect. Bravo!

In general, I think many of life's most delicious moments come with a marrying of unlikely ingredients. My actual marriage comes to mind. On the surface, my husband and I probably seem ill-suited for each other. But we are the perfect balance of sweet and sour, spicy and subtle, loud and subued (I won't tell you which one of is which.)

The older I get, and the more mystery ingredients I pull out of the basket, the happier I am that God wrote the cookbook for my life. I may not always get it right... my sugar might be burnt, and my sauce might separate... but most of the time, I end up with something tasty on the plate!

Silly question: What's the oddest concoction you ever put together in the kitchen? How did it turn out?


Serious question: What mystery ingredient has God thrown you that you're the most thankful for?

JENNIFER ALLEE believes the most important thing a woman can do is find her identity in God – a theme that carries throughout her novels. A professional writer for over twenty years, she's done extensive freelance work for Concordia Publishing House, including skits, Bible activity pages, and over 100 contributions to their popular My Devotions series. Her first novel, The Love of His Brother, was released by Five Star Publishers in November 2007. Her latest novel, The Pastor’s Wife, was released by Abingdon Press in February 2010. Her upcoming novel, The Mother Road, will be released by Abingdon Press in April 2012. She's a member of American Christian Fiction Writers, Romance Writers of America, Christian Authors Network, and the Christian Fiction Blog Alliance.
http://jenniferalleesite.blogspot.com/
http://thepastorswifespeaks.blogspot.com/
Posted by Jennifer AlLee at March 07, 2011