You say Ghadaffi, they say Quadafy

by Niki/Nikki/Nikky/Nicki/Nickie/Nicky Turner
Niki is apparently a hard name to spell. My own grandmother never got it right, but I kept her birthday cards anyway.

Part of the trouble comes from transliterating Arabic—which has its own alphabet—into English. It's like trying to explain to a guitar player the notes on a piano. Not only are the notes presented differently on paper, they sound different.

Back in the late 1980's (the last time Libya made big headlines) their leader signed his name "Moammar El-Gadhafi" in a letter to Minnesota second-graders. (Why Mr. Gadhafi wrote to second-grade students in Minnesota is a whole 'nother subject.)

In 2009, ABC News posted 112 different spellings used by various media sources, print and online. Since the recent Libyan rebel uprising, I'm quite sure more versions have been created. Even the Wall Street Journal and the New York Times aren't in agreement. The WSJ uses a “g” and includes an "h," while the NYT uses a “q” without the "h."

In my job as a copyeditor at our small weekly paper, we aim for consistency. If you can't be consistently right (because there is no official "right" or "wrong") then at least be consistent with whatever you choose to use, even if it 's not correct. How painfully typical of English grammar ... and Christianity.

It's frustrating to admit that everything in the world around us isn't perfectly black and white. Whether we're talking about personal application of spiritual truth or how to spell the name of a foreign leader ... we want to know that we are "right" and we want everyone else to agree with our "rightness."

But editing, like life, is horrifically subjective. It's the infamous "tomato, to-mah-to" debate. Our individual perception—based on our personal history and experience—creates our reality and our sense of right and wrong. In your world the leader of Libya is Col. Muammar Abu Minyar al-Qadhafi (the usage preferred by the CIA world fact book). In my world, it might be Moammar El Gadhafi or simply, "that guy in Libya who sounds as crazy as Charlie Sheen."

However you choose to spell the Libyan leader's name, it's important to remember God's law of love supercedes every other rule, every other guideline, every doctrine of man. And it is His law of love to which we are indebted in Christ. Have you prayed for the leader of Libya lately?

Lord, You said we should pray for those who are in authority. This man, whose name YOU know, has ruled the nation of Libya for many years. Now we pray, Lord, that Your divine will may be accomplished there, that righteousness would rule and reign, and that mercy would triumph over judgment. Lord, we believe according to Your Word that you place men in authority according to Your will, and so we pray for Your will to be done as it is done in heaven. In the name of Jesus, the King of kings and Lord of lords, amen. 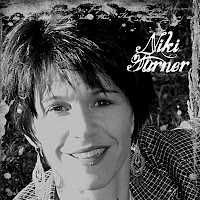 About the Author: Niki Turner has been a pastor's wife at a small church in rural northwestern Colorado since 1998. She and her husband have four children, are soon-to-be grandparents, and have been married for 20 years. Niki writes fiction, blog posts, articles in the local newspaper, grocery lists, and Facebook status updates. She can be found at her own blog, In Truer Ink, on Mondays, Wednesdays, and Fridays in addition to posting here and at Inkwell Inspirations. She is a 2009 finalist in the Faith, Hope, and Love "Touched by Love" contest.