It seems God has a sense of humor.

I may come back to Barnardo in the future, but for today, I want to consider the spiritual legacies we leave behind. Perhaps the minister's words hit me especially hard this week when we are making our first college visit with our 16-year-old son. I've seen the statistics about American young people turning away from Christianity, and I'd be a fool not to feel concern for my children.

The major part of my ancestory is from France. The Huguenots fled persecution rather than renounce their beliefs. Even the act of leaving France carried the death penalty for those who were caught. It's a rather humbling inheritance. Have I passed on a legacy of faith strong enough to stand against the world's influences, one that would risk exile or even death?

Ronald Reagan once said, "Freedom is never more than one generation away from extinction. We didn't pass it to our children in the bloodstream. It must be fought for, protected, and handed on for them to do the same." The same can be said for faith.
﻿
﻿﻿

The Bible has a lot to say about inheritances. Abraham waited 25 years for his promised son who would inherit his wealth and lands. The book of Joshua describes in detail how that inheritance was to be apportioned among Abraham's various offspring. The law contained elaborate provisions to protect a man's legacy--the story of Ruth is based around the concept of the kinsman-redeemer.
﻿﻿
But God never intended an inheritance limited to material wealth. Over and over God instructed the people to pass His words to future generations, to "your children and their children" (Deuteronomy 6:2, NIV). The ancient Israelites understood these commands literally. They didn't venture beyond the boundaries of Israel to share God's words with anyone other than their own tribe--when they shared His words at all, that is. Unfortunately, sad examples abound of Godly people who failed to pass a spiritual inheritance to their own children: Samuel, Eli, David, Hezekiah--to name only a few. 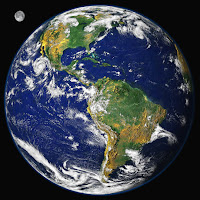 Jesus expanded the commandment to share our faith beyond one's family when he sent his disciples to "teach all nations." All nations. You can't get more encompassing than that without a starship and universal translator.
But how tempting it is to be just like the Israelites of old, defensively huddled behind our church walls, preaching to our choirs when we need to be like Paul. Have you ever considered that Paul had no biological children? And yet, he left a spiritual legacy across the globe.

How many of the following people can you identify?
Chances are, you won't find many of these people mentioned in a high school history book, and yet each of them had a profound impact on the world.

Johann von Staupitz was the priest who instructed a tormented monk named Martin Luther to read the scriptures and look to Jesus for his salvation. Edward Kimball was a Sunday School teacher for a boy named Dwight L. Moody. Karl Gutzlaff was a missionary to China whose writings captured the attention of David Livingstone. Samuel Davies was an evangelist during the Great Awakening whose words influenced a young Patrick Henry. Christoph Beta was a university student who invited his hard-drinking friend Georg Muller to a prayer meeting. George MacDonald was a 19th century writer whose works reawakened a belief in God in a 20th century atheist named C.S. Lewis. Isaac Milner was William Wilberforce's tutor--their lengthy discussions about faith contributed to Wilberforce's conversion. And Mordecai Ham was the evangelist at a North Carolina revival when Billy Graham dedicated his life to Christ.

Yes, we need to be mothers like Monica (Augustine) and Susanna Wesley (John and Charles Wesley) who set examples of strong faith to their children. Unfortunately, in our fallen world many of the people we know don't have Godly parents to mentor them to spiritual maturity. Others we meet in our fractured world may have moved to new cities or states or even countries, far away from their family and community.

Is God calling you to be a spiritual mentor to someone? Perhaps it is the overwhelmed single mother in your neighborhood. Or maybe the child who will never go to Sunday School if you don't offer to take him. Or  it could be a lonely serviceman or college student away from home for the first time.

It occurs to me that if we take our faith to the world, we will have less to fear from the world's influence on us and our heirs--biological and spiritual.