What Makes a Church Unique?

by Anita Mae Draper
My church attendance history is as varied as the communities in which the buildings were located. My father never went to church and Mom didn’t drive. Come Sunday morning, Mom would herd us four kids to the nearest church for Sunday school and Morning Worship and dinner would be ready by the time we walked back in the door.
﻿ The Baptist church wasn’t the biggest we attended, but we sang choruses as well as hymns. I really liked this church and have my first memories of actually listening to the sermons there. And I even learned the meaning of a rhetoric question one morning because the pastor asked a question and I knew the answer so I put my hand up. He smiled down at me and said, “Yes, Anita?” I answered his question and heard laughter ripple through the congregation. Mom told me to shush and said he was asking a question, but really knew the answer. Oh. I began to listen to how the pastor made his delivery using rhetoric questions to get us thinking. But, I never put my hand up again.

When we lived in a Ukrainian neighborhood in Winnipeg’s inner city, we attended a Ukrainian evangelical church. This church was a unique experience because the pastor spoke first in Ukrainian, then translated in English. My step-dad was of Ukrainian heritage, but us kids didn’t understand the language, so during that part of the sermon, we sort of vegetated. ie counted the ceiling tiles, etc.

Another church where language was an issue is the one we attend when we visit my mom. Thunder Bay, Ontario has the 2nd largest Finn population in Canada. This church has an English speaking pastor and one straight from Finland. The church offers a service in each language every Sunday morning. Because my mom’s husband is Finn and can’t read an English Bible, we go to the Finn service. Thanks to technology, headphones with translation is offered for both services except for the music portions.

When we were in the military, attending the on-base chapels was an experience, too because you only had a choice between Roman Catholic and Protestant. Because they knew people of different protestant denominations attended, they offered bi-weekly services so that one week was of the Anglican faith where we used the kneelers and the other week was United where we didn’t. And instead of pastors, they were called padres or chaplains. This whole experience was so different because there I was used to a pastor in plain clothes and I was attending church led by a padre dressed in priestly robes. Here’s the website of an Anglican priest who is working as a Canadian military padre. This blog was a revelation because it shows a chaplain training course which included several denominations including Pentecostal and Baptist pastors.

On our second posting to the air base in Cold Lake, Alberta, we bought an acreage off-base and joined the local Alliance church in the town of Grand Centre. This church was packed every Sunday, a first for us. It was also the first civilian church we attended with two pastors - not counting Mom's Finn church. The unique experience of this church happened when the church decided to branch into the nearby town of Cold Lake. Because we lived between the two towns, we were one of four families that chose to start attending the newly planted church. I remember our new pastor had mixed feelings about the venture. He admitted to being sad to leave the old church where he'd been the assistant pastor. But he was also thrilled to finally have his own flock.

Part of this unique experience was when we consecrated the new church building. Although it had been used as a church previously, the minister had been a real hell-fire and brimstone preacher who had ‘scared-off’ the parishioners. One of the first things we did was pull down a huge banner which hung in the front of the church and declared, ‘Repent or Be Damned!”. Then we each went into different corners of the building and prayed for anything not of God to leave. With that done, we asked Him to bless every inch of the building and property and let all who enter find peace and answers.


Which brings me to our present church. As many of you know, we live on a prairie farm with a fifteen minute drive to the nearest town. However, we’ve chosen to attend a small country church thirty minutes away in the town of Glenavon. Since the church is located on the only hill in town, we’re called Church on the Hill, or COTH for short, with COTHY for the youth group. In the 10 years we’ve been attending COTH, the congregation has doubled from 20 to 40. Like I said, it’s a small church. But we fill the church (100 people) with our gospel concerts where we’ve hosted a variety of acts like Canadian Dove award winners, cowboy musicians, and  The Link Family from Missouri. This year already the Rawlings Brothers from Alberta and Joey Theriault from nearby Wolseley have blessed us with their music.
Joey Theriault singing old time gospel, Where Could I Go But To The Lord in one of my first attempts at making a YouTube video:

And that’s what makes COTH unique among all the churches I’ve attended – it’s variety of music. Instead of having a worship team that plays together every week, we have several families that take turns leading worship. So one week you’ll have the pastor’s wife, Diane Bonk playing piano with her preference for hymns. But the next week you could have the Keller Family with their old time country gospel sound. My husband and son, Nelson and Nick, lead worship once a month with Nick singing and Nelson accompanying him on guitar. Before Lori moved away, she played guitar and used an accompaniment machine she called a ‘beat box’. Last Sunday, Allan Turberfield debuted as a worship leader with a new sound – a deep bass with accompaniment tracks. I love that half the Sunday service is worship.
﻿﻿﻿﻿﻿
﻿

Our pastor is a rancher with a unique way of presenting the gospel. Short and truthful. During the summer he’s gone most Sundays preaching at the prairie rodeos. Now those cowboys don’t sit still too long, so Pastor Lorne doesn’t prolong the service. Just like the old time saloons that used to close for the service then pour the drinks right after the final amen, the rodeo beer tent is where you’ll most likely find the rodeo churches. And whether he’s in a church building or a beer tent, Pastor Lorne gives the gospel as he sees it in a language the cowboys understand within twenty minutes, thirty tops. When I told him once how much I appreciated that, he said something to the effect that, “Once you tell them what they need to hear, why grind it in?” He includes song, prayer, and a silent altar call with his message. Then he invites the cowboys to talk to him if they want to learn more. Short and to the point.

﻿
Sometimes however, while Pastor Lorne’s gone off with the Fellowship of Christian Cowboys, those of us left behind get to hear visiting preachers. Most of them have been coming back every summer and we look forward to their visits. But Pastor Lorne has spoiled us, you see, because we’re so used to his brief messages, we forget that preachers like to talk. And when a preacher is being paid to travel to a service, he wants everyone to get their money’s worth. Let’s just say we’re not as appreciative as we should be some of those summer Sundays.
But I still love my little country church and I thank God for guiding us to it. (Even though we still have the old wooden pews because it costs too much to replace or pad them.)

What about you? Is there something unique about your church that you’ll like to share?
Fun Question: What do you sit on at church? Wooden pews, padded seats, cushions on wooden pews, plastic ‘bucket’ chairs, etc. 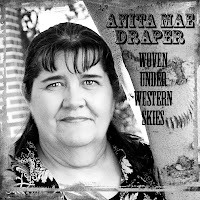