CALLED TO PROTECT by Lynette Eason, Review by Paula Shreckhise 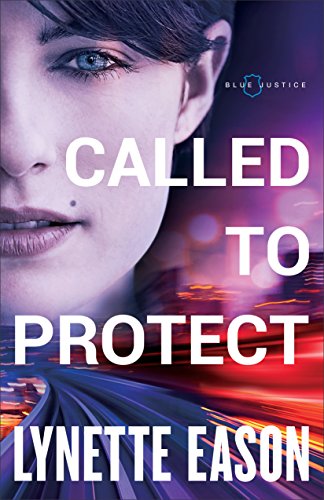 Book 2 in the Blue Justice series!
Lynette Eason is one of my favorite authors. She writes with great realism, having done extensive research. Her characters are brave and Godfearing. In this series she focuses on the St. John family. The first book in this series concentrated on Izzy, one of the daughters.

Called to Protect is about another daughter in the St. John family where law enforcement seems to be a way of life. Chloe is an officer with a K-9 partner, Hank, who is cross-trained to discover drugs and track people.

This book is about the horrific subject of human trafficking. While not gratuitous, it brought the ugly truth to light. The plot was intricate and interesting, with near non-stop action. There were other issues to deal with at the same time. Blake MacCallum is guarding a judge who brings down harsh sentences on human traffickers. He is also dealing with an estranged father who is dying and a difficult teenaged daughter.

The story starts out with a bad traffic accident and a startling discovery that leads to all kinds of intrigue.

There is always a spiritual lesson to be learned from Ms. Eason’s books. The characters rely on God in a natural way, showing how their vocations can coincide with their Christian faith,

I am looking forward to reading the next book in the series.

*I won this book from Jen Turano in a contest. I was under no obligation to post a review. All opinions are my own.*

BackCover Blurb:
For the past year, Chloe St. John has been working as a K-9 cop with her German shepherd partner, Hank. After being dumped by her fiancé for another woman, Chloe has decided that Hank is just about the only male she likes. She's over the whole romance thing and focuses her attention on doing her job. Because a serious case of human trafficking with connections to her missing cousin just landed in her lap.

When US Marshall Blake MacCallum's daughter goes missing, he's ordered to kill the judge he's protecting and tell no one about his daughter's disappearance or she will die. Blake races against the clock to rescue his daughter while Chloe and Hank are asked to be a part of the task force assembled to bring down the traffickers. Chloe finds herself attracted to the silent, suffering man, but thanks to her previous bad judgment, she wonders if she can trust him. And can Blake trust himself around this firecracker of a woman?

Bestselling author Lynette Eason warns readers to buckle in for a fast and furious ride that will have their hearts pumping from the very start.