#INTERVIEW with Grace Hitchcock, #Giveaway and #Review of THE GRAY CHAMBER Paula Shreckhise 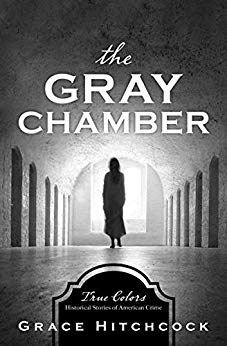 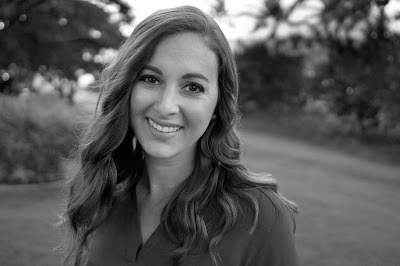 Paula's Review and Interview with Author GRACE HITCHCOCK:
Paula: Did you get to choose which crimes to write about for this series?

Grace: I did, but during the initial brainstorming of ideas for the True Colors series, my editor, Rebecca Germany, mentioned a handful of ideas that authors might use if they were interested. In that list, I saw a sentence referring to a story about the infamous murderer H.H. Holmes set during the Chicago World’s Fair. I immediately thought up a plot of an inspector’s book-loving daughter being swept away in the mystery of the crimes, which you can read about in The White City.

Another one from my editor’s list was a reference to Blackwell’s Island asylum where a journalist named Nellie Bly went undercover for ten days, which caught my interest. In reading Nellie’s scandalous exposé for Joseph Pulitzer’s newspaper, The World, I was shocked at the grounds by which the asylum would commit women and that’s when I discovered a tiny mention about an heiress with family members who had her tucked away so they could have her fortune. . .and The Gray Chamber’s heroine, Edyth Foster, was born, a cat-rescuing, fencing American heiress with a terrible sense of style.

Paula: How do you choose the names of your characters?

Grace: This is easily one of the best parts of writing. All those names that you find and wish you could name your children but are promptly vetoed by your husband can be given to heroines and heroes! To find those names, I use an amazing resource called Names Through the Ages where names are broken down by region and era with Christian and surnames. Not only does this give a level of authenticity to your characters, but also, you can discover lovely names that may not be popular today.

Paula: What surprised you most about the research details you found?

Grace: In researching for this true crime series, there was often times when I would have to take a break after reading the horrors of the crimes. For The Gray Chamber, I was especially disturbed when I discovered how easily women could be committed to asylums for reasons such as post-partum depression, old age, and even for not being able to speak English. For The White City, it was quite difficult to read about the gruesome murders by America’s first serial killer. My challenge was how to take what I learned and write about it in a Historical Romantic Suspense setting so as not to overwhelm the reader with the horrors of the crime. I for one, do not particularly care for reading about violence, so I wanted to write a story that was moving, yet not gruesome despite the topic.

But, during my fun research for The Gray Chamber, I had to act out some fencing attacks and counter attacks to make it accurate in my book, so I watched videos on how to fence for beginners and read beginner’s guides to get the language right for the fencing master hero. One day, hopefully, I’ll get around to taking an actual lesson because I foresee writing about more fencing masters J

Thank you for having me!

Paula's Review:
What frightening things does the Gray Chamber hold? Edyth Foster is about to find out.

Grace Hitchcock weaves a tale based on the awful truth of women residing in the dreadful Blackwell Island Insane Asylum in New York in 1887. Ms. Hitchcock handles the facts admirably as she unfolds the barbarous treatment of women who may or may not be insane. Her research is extensive and includes first hand accounts of Nellie Bly who went undercover to write about and expose these injustices.

But not all is gloomy. We are introduced to the unconventional Miss Edyth Foster, an heiress who has her quirks. Her habits include riding a Velocipede and fencing. She may have madcap ideas but she is funloving and has great faith. We meet our hero, Bane, at the fencing club he owns and where she has been a longtime member. Ms. Hitchcock gives us likable protagonists and a dastardly villain or two. The excitement grows as the story plays out. I especially liked the quotes at the beginning of each chapter by renowned artists such as Paul Cezanne: “We live in a rainbow of Chaos.” And Pierre August Renoir: “ The pain passes, but the beauty remains.” The author infuses hope through a secondary character, Polly, whom Edyth befriends in the asylum.

I recommend this book for those who like to see fiction uncover the real story behind historical crimes.
*I received a complimentary copy of this book from Barbour Publishers on behalf of the author. I was not required to give a favorable review. All opinions are my own.*

SEE KIM AND REBECCA'S REVIEWS OF THE GRAY CHAMBER

AUTHOR BIO:
Grace Hitchcock is the author of The White City and The Gray Chamber from Barbour Publishing’s True Colors series. She has written novellas in The Second Chance Brides, The Southern Belle Brides, and the Thimbles and Threads collections with Barbour Publishing. She is a member of ACFW and holds a Masters in Creative Writing and a Bachelor of Arts in English with a minor in History. Grace lives in southern Louisiana with her husband, Dakota, and son.
Visit her online at GraceHitchcock.com and sign up for her author newsletter for behind-the-scenes book news and exclusive giveaways.

Backcover Blurb:
On Blackwell’s Island, New York, a hospital was built to keep its patients from ever leaving.

With her late parents’ fortune under her uncle’s care until her twenty-fifth birthday in the year 1887, Edyth Foster does not feel pressured to marry or to bow to society’s demands. She freely indulges in eccentric hobbies like fencing and riding her velocipede in her cycling costume about the city for all to see. Finding a loophole in the will, though, her uncle whisks Edyth off to the women’s lunatic asylum just weeks before her birthday. And Edyth fears she will never be found.

At the asylum she meets another inmate, who upon discovering Edyth’s plight, confesses that she is Nellie Bly, an undercover journalist for The World. Will either woman find a way to leave the terrifying island and reclaim her true self?

Deb's Note and Giveaway:
I received a paperback of THE GRAY CHAMBER for promotion. Because I chose to purchase the audiobook, I'm able to give this away to one of our readers!

The Gray Chamber certainly made for a compelling story. I think I held my breath  A LOT--knowing what was coming as well as guessing what was coming. I've studied conditions in asylums of the early 19th century and I can't say things improved by the time Nellie Bly set out to report this dark side of society.

But besides the plot line and great characters, I really enjoyed Grace Hitchcock's writing. Very nicely done, and the audiobook is a wonderful way to enjoy this story!

To ENTER MY GIVEAWAY, choose one of the Rafflecopter options below. Note: Following my twitter account is one easy way to keep up with Inkwell Inspirations Reviews!

a Rafflecopter giveaway
Posted by Debra E. Marvin at February 03, 2020