WHEN I COME HOME AGAIN by Jennifer Rodewald, Reviewed by Winnie Thomas and Rebecca Maney 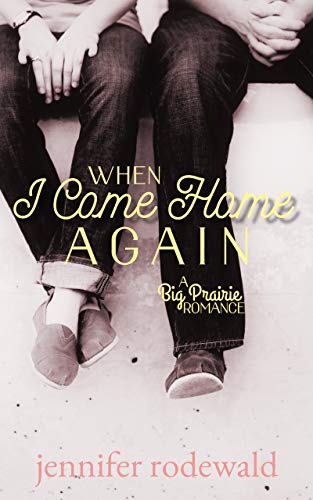 WINNIE'S REVIEW:
“No one can run forever.”

When I Come Home Again is a poignant, emotional, and very satisfying read. I’ve read some of Jennifer Rodewald’s books before, so I knew I’d be getting hit with all the feels and emotions. Rodewald is a master at creating multi-layered, flawed, and relatable characters and throwing them into hard situations. Brenna and Craig are two such characters with a past which ended with pain, misunderstandings, regrets, and heartache. It was very touching to see them go through the tough process of sorting things out and healing their relationship.

“There is beauty in the hard places. Don’t miss the breathtaking wonder because you are too afraid to go through the painful work of getting there.”

Tender messages of forgiveness, healing, hope, and redemption are woven into the story seamlessly and give added depth to it. This is a fantastic start to a new series, Big Prairie Romance. I’m looking forward to more amazing stories in the series. 4.5 stars
*I purchased this book so I was under no obligation to provide a review.

REBECCA'S REVIEW:
"Some people live with regret their whole lives, never realizing that they don't have to."

Brenna Blaum and Craig Erikson are drowning in regrets. Following Craig's return to his home town, primarily to care for his ill mother and her two foster sons, his reemergence into the daily flow of Big Prairie life loosens a floodgate of memories for both of them. While Brenna is consumed with anger, albeit rage might be a better description, Craig is overwhelmed with guilt and multiple responsibilities; he cannot navigate any of their forced conversations, and the spiteful expressions repeatedly displayed across Brenna's countenance precipitate numerous sleepless nights.

"What had happened that final spring that had forced a change between them that he'd had no idea what to do with? " How had two people, who had once dearly loved each other, arrived at this place of . . ."not even friends".

Author Jennifer Rodewald is always about restoration, allowing her characters to fail miserably on their own, before gently reminding them that the One who heals, also loves. He also forgives, he also rebuilds. He erases shame and he promises new beginnings; he invites us to "come home again".
*I received a copy of this book from the author. The opinions stated above are entirely my own.

BackCover blurb:
A tragic fallout drove them apart. When a family crisis calls him back to his small hometown where she still lives, will forgiveness lead them to a second chance?

Brenna Blaum had been sure of three things in her life—her brother, her running, and her dad’s star receiver. But in a matter of a year’s time, everything she’d counted on fell apart, leaving her devastated. Seven years later, she’s stable again. She has a supportive boyfriend, fulfilling career, and close friends. She keeps her past heartache where it belongs—in her rearview mirror. Until the man who broke her heart finds his way back to Big Prairie.

Craig Erikson had it all—popularity, success, and the love of his high school coach’s daughter. But after a year of mistakes that ended in a tragic accident, he’d left Big Prairie—the place he’d thought to always call home—hoping that without his antagonizing presence, Brenna would be able to heal. Now his mother desperately needs him, as do two young boys in her care. Craig has little choice but to return for good.

Unsure that she can forgive him, Brenna does her best to avoid him. Irritated that she ignores him as if they’d never meant anything to each other, Craig becomes determined not to allow it.

Life in a small town forces their interaction, making them confront their unresolved issues and igniting emotions that have smoldered for seven years. As Craig and Brenna are pushed together, can they endure the hard places still littering their lives? If so, is it possible to find their way back to love and home again?

Available in digital ebook and paperback:
Buy When I Come Home Again at Amazon