Love's Pure Light: Behind the Scenes of a Heartwarming Christmas Collection 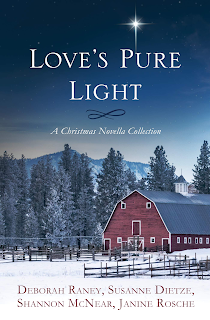 Hi! Susanne here, and while it might seem early to some readers, Christmas comes early in the publishing world (just as it does in the retail markets!).

Love's Pure Light, a collection of four connected holiday novellas, released from Barbour Publishing in September, and I thought I'd give you a behind-the-scenes glimpse!

Each novella collection I've been in has come together differently. I've responded to "all-calls" where the editor put out a request for submissions (The Cowboy's Bride, for example). I've submitted proposals with a group of colleagues where we all have different agents (Cameo Courtships). I've been approached by an editor (Regency Brides). For Love's Pure Light, however, each of the authors is represented by the same agent, Tamela Hancock Murray.

Janine Rosche spearheaded the idea, and she, Shannon McNear, and Deborah Raney and I all brainstormed the hook of a nativity scene that is passed from one generation to another from the 1800s to modern day. (And yes, those authors are amazing!!!) We each took a nativity scene figure around which to center our stories: shepherd, wise men, angel, and innkeeper.

Writing connected stories requires communication, and we had a blast talking about our vision of our characters. We also researched vintage nativity scenes--what they looked like, how they were made, where they came from, etc.

It turned out my story came first in the lineup. I was in closest communication with Shannon McNear, whose story followed mine. We had to determine how to tie our stories' settings together, as well as create a family tree for the characters.

I chose the nativity figure of a shepherd to focus on for my story. I found a photo of a nativity scene that our group used as a model for the figures of Mary, Joseph, Jesus, and the shepherd holding a sheep. I loved the image of the sheep resting over the shepherd's neck, and I wanted to use it in my story.

I also decided my hero should be named "Shepherd," and what better occupation for him than a pastor, tasked with serving a flock? I set my story in a mill town, so sheep, literal and figurative, are implied in the setting. (I did not include an actual sheep, though, because I did that once already, in Regency Brides, with a ewe named Barnaby.)

My husband is a pastor. Several times in his career, he's been asked, "What do you do all day? It can't take that long to write a sermon." Or "How do you fill up a forty hour week? You basically only work on Sundays."

For the record, pastors often work 60+ hour weeks. Some of them only get one day off per week, and that day off is often disturbed. I've seen firsthand how pastors--especially of smaller parishes, where there may only be one or two people on the pastoral staff--work hard, long hours on a wide variety of tasks.

In seminary, my husband took courses in theology, Greek, Scripture, church history, pastoral care, missions, youth ministry--and so on. But pastors do so much more than that.

In some ways, my story, While Shepherds Watch Are Keeping, is a love letter to my husband. While Seth is *not* a fictionalized version of my husband, I wanted to write about a pastor who reflected some of my experience of clergy life. Seth is a pastor who loves people, spends time with them, grieves with them, and celebrates with them. He delights in the people of his church, ages 0-100. He wants to be faithful to God in every aspect of is life. He undertakes church repairs himself to save money. He makes difficult decisions. And sometimes makes mistakes.

Because pastors are people. Human beings. Called just as the rest of us are to serve the Lord, despite our weaknesses, flaws, difficulties, and quirks.

Be transported to unique time periods as you follow a treasured family nativity set through four generations of the Shepherd family.

While Shepherds Watch Are Keeping by Susanne Dietze

This Christmas, Pastor Seth Shepherd has little to offer his flock of congregants in their time of need until Jessalyn Grant, a mysterious newcomer, comes to his aid.

The Wise Guy and the Star by Shannon McNear

While journeying by train, Stella Shepherd befriends war veteran Nat Wise. She helps him find renewed faith in God, but could he also be the answer to the wanderings of her own heart?

On Angel Wings by Janine Rosche

Elodie Wise plans a fundraising ball with the help of her friend Benjamin Gabriel. But can she look past the swanky Hollywood headliner to see the man who truly loves her?

Making Room at the Inn by Deborah Raney

Benjie Gabriel thinks the chef’s position she’s just taken at an award-winning bed and breakfast is temporary—just a stepping stone. The B&B’s owner, Trevor Keye, thinks the same. Will five months be long enough for them to figure out that what they’ve each been longing for, praying for, is right beneath their noses?

Susanne Dietze is an award-winning author, pastor's wife, mom, and teatime enthusiast. You can learn more about her on her website, www.susannedietze.com. 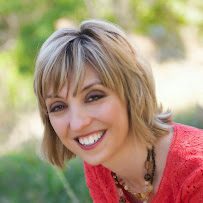