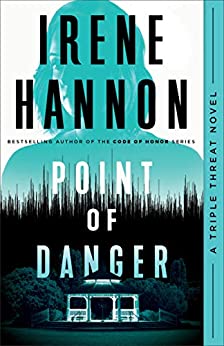 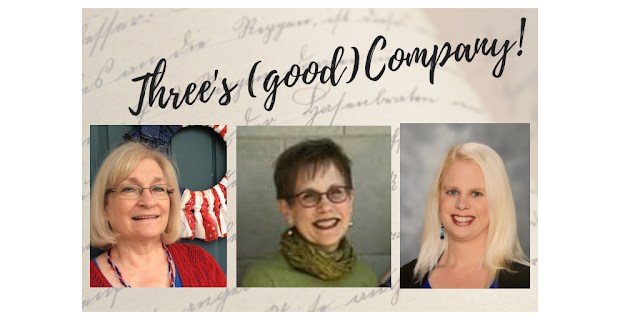 Nicole Cook is graciously providing a paperback of  POINT OF DANGER. Enter the giveaway below!

NICOLE'S REVIEW:
Get ready for a fabulous new series by award-winning author Irene Hannon! Point of Danger, the first book in Irene Hannon’s new Triple Threat series, is filled with fascinating plot twists and a trio of strong, confident sisters who are highly supportive of each other.

When conservative and outspoken radio talk show host Eve Reilly finds a potential bomb on her front porch and the threats against her continue to increase, detective Brent Lange must determine who is out to silence Eve before it is too late.

Irene Hannon pens a tale that is extremely relevant to occurrences in our present society and creates a romance that is realistically portrayed as Brent struggles with issues from a past relationship even though he and Eve both are attracted to each other. When the mastermind is revealed, I was completely shocked. It is always fun when the author is able to keep me in suspense throughout the novel, and Irene Hannon delivers perfectly. She is one of my favorite romantic suspense authors, and I own every one of her romantic suspense books.

Point of Danger is highly recommended for fans of romantic suspense, and especially readers who enjoy books by authors such as Lynette Eason, Dani Pettrey, Lynn H. Blackburn, and Rachel Dylan. I can’t wait to read Eve’s sister Cate’s story in book 2 of the series, which releases in October 2021.
*I received a complimentary copy of this book from Revell and was not required to write a positive review. All opinions expressed are mine. Faith content rating (2) – light faith message

PAULA'S REVIEW:
I always enjoy an Irene Hannon book. Her suspense books take me back to St Louis where I lived for twenty years. This one is the start of a new series about three sisters called Triple Threat. Eve Reilly is featured in POINT OF DANGER.

Eve has firm convictions and voices them on her morning talk radio program. I appreciate the way Ms. Hannon has Eve articulate her conservative viewpoints. Very clear and well reasoned out.

The story follows threats to Eve and the attempt to uncover the person behind the harassment. Because of her case, she meets detective Brent Lange and they both realize that attraction is building. But with each having high profile jobs with a risk factor, do they go forward or take a step back. Eve and Brent have deeply held convictions and take their faith seriously.

The fun part of reading this story is trying to figure out who the bad guys are. Ms. Hannon keeps you guessing and the pages turning. The crowd and demonstration scenes were very realistic and scary. You could feel the tension. I liked the dynamics between Eve and her sisters, Cate and Grace, and look forward to reading their stories in this series.

This was a great start to a new series. Keep them coming!
*A complimentary copy of this book was provided by Revell through Interviews and Reviews. I was not required to give a favorable review. All opinions are my own.*
I give this 5 stars and a solid faith thread.

REBECCA'S REVIEW:
An ominous warning, tucked inside what was fortunately a fake ticking time bomb, but no less nerve racking for its recipient. Radio talk show host Eve Reilly knew there were those who didn't like her straight forward, conservative approach to current events, but up until now, the occasional personal threats had appeared fairly harmless. This one didn't, especially according to the handsome detective assigned to the case.

Brent Lange's first official case as a detective has turned out to be far more complicated than he would have preferred. Ten years of experience as an officer have honed his instincts and Brent's gut is telling him that the lovely Eve Reilly is in more danger than she dares to admit. As the threats not only continue, but escalate in intensity, the time Brent and Eve spend together discussing the case begins to include personal snippets of conversation. But Brent makes it very clear at the onset, he is not "relationship" material.

Eve disagrees; "the sparks we're generating deserve to be explored", but isn't it a mute point if Brent fails to protect Eve?

In the beginning, this story felt reminiscent of many other novels by this author with a bit less character depth. The story also champions some distinctly current event vibes that will inspire some, and off put others. However, in the end, it's obvious that this is a story that only Irene Hannon could write. . . .a very nice start to a new series.

BackCover Blurb:
Radio talk show host Eve Reilly is used to backlash from her pot-stirring on-air commentary and interviews, but now it seems a disgruntled listener is resorting to more than angry words to express their displeasure. When a suspicious package arrives on her doorstep, Eve turns to law enforcement for help.

Police detective Brent Lange can't find any evidence to link the string of unsettling incidents that follows, but he's convinced they're connected. As the harassment grows more menacing, it becomes clear someone wants Eve's voice silenced--permanently.

But unless he can track down her foe, fast, the gutsy woman who is willing to take risks for what she believes--and who is swiftly winning his heart--may not survive.

Bestselling author and three-time RITA Award winner Irene Hannon is back with a heart-stopping new series that will have you turning pages well into the night.

ABOUT THE AUTHOR:
Irene Hannon is the bestselling author of more than fifty novels, including Hope Harbor, Sea Rose Lane, Sandpiper Cove, Pelican Point, Driftwood Bay, and Starfish Pier, as well as Point of Danger and the Code of Honor, Private Justice, and Men of Valor suspense series. Her books have been honored with three coveted RITA Awards from Romance Writers of America, and she is a member of that organization's elite Hall of Fame. Her many other awards include National Readers' Choice, Daphne du Maurier, Retailers' Choice, Booksellers' Best, Carol, and Reviewers' Choice from RT Book Reviews magazine, which also honored her with a Career Achievement Award for her entire body of work. In addition, she is a two-time Christy Award finalist. Learn more at www.irenehannon.com. 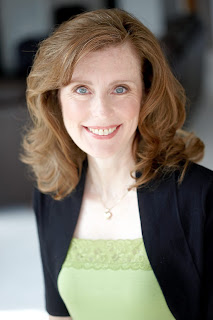