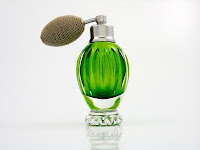 The other morning I was getting ready to face the day. I took a shower, (impressive, I know) and then I opened the bathroom door to let some of the steam escape since the fan is broken. The scent of Pantene, Dial, shower gel, and lotion, mingled in the steamy haze. Max the dog wandered in and in the random way my mind often works I thought: “It smells kind of strong in here. I wonder if I smell that strong… Am I one of those people who smell as if they have marinated in their perfume?”

I looked down at the dog and saw the unmistakable curling of his lip. For an instant I wished I could ask him if I had overdone things. A second later I came to my senses. Of course I wouldn’t ask the dog. That was ridiculous… A dog’s sense of smell is super sensitive. Any advice he gave on the matter would simply be overkill.

I know what you’re thinking. But I assure I am at least technically sane.

And I have a point.

How many times do I consider going to God for advice on some issue I’m facing, only to write off His opinion on the matter. Don’t look at me like that. I know I am not the only one who has ever done this.

We (I insist on using the plural, even if I am alone) sometimes beg God for guidance, but when it comes we turn our noses up. “Well yes,” we think, “that’s all right for you. You are 100% holy. Of course, you think like that. You are way more sensitive to this issue than is necessary.”

It hasn’t escaped my notice that this easy discounting of God’s good sense generally takes place when I don’t particularly like what I’m hearing. It’s pretty easy to embrace direction that leads you where you want to go. Not so easy when He is leading us away from something we want to do, or worse leading us toward something we don’t want to do. Maybe that’s why God so often asks something of us that is beyond our comfort zone, beyond our expectation, even it seems, beyond our capacity.

Forgive this next analogy. I hope you’ll see the point I’m trying to make. Hunters use dogs, precisely because they can smell more than a man can. In fact, the dog’s nose is said to be 1000 times more sensitive than a human’s. Point being that the hunter doesn’t know where the prize is. Neither can he see the trail, but he trusts his dog’s sense of smell. He doesn’t insist on trying to take a certain path, because he knows that he will find his prey only if he allows the dog to lead.

In our lives, when we have a dream we are chasing, we’ll do better to follow His lead, even when we don’t understand the route He’s leading us down. If we trust His guidance we will not be lost. In the spiritual scheme of things, "to obey, is better than to sacrifice." 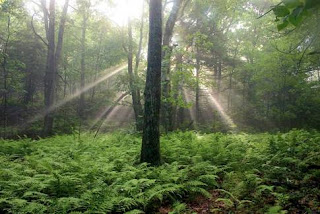