by Anita Mae Draper
Jesus Wept. John 11:35
I remember the first time I became aware of the shortest verse in the Bible. I was young, maybe 12 or so, and I was visiting my grandmother. We were playing a trivia game (although I believe at that time we just called them questions) and my question was to give the shortest verse in the Bible. I didn’t know the answer. But once I heard it, I’ve never forgotten. 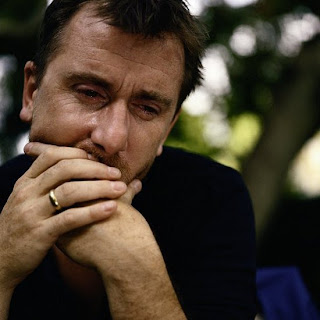 As a romance writer, I need to envision a strong hero. Someone who has character strength, emotional strength, and spiritual strength. I want my readers to fall in love with my hero and become emotionally attached to him. So I have to give him the morals of Jesus yet the frailties of a man. That’s hard to write.
Growing up in the 60’s and 70’s, my parents kept telling my brothers that boys and men don’t cry. They had to hide their emotions inside and present a stoic face to the world. That only sissies and babies cry.


And yet Jesus wept.
The Man who had God’s knowledge of the future was so saddened by His friend’s death, He let His emotions spill out in the form of tears and wept.


Jesus was of the house of David.
In 1 Samuel 16 we read of how God sent Samuel to anoint David—the shepherd boy—to be the next king. David wasn’t perfect and made some really huge mistakes in his life but God chose him because he was a man of God’s own heart. (1 Sam 13:14, Acts 13:22) And yet David was one of the most emotional men in the Bible: 1 and 2 Samuel record at least 4 instances where David is weeping (1 Sam 30:4, 2 Sam 15:30, 2 Sam 18:33, 2 Sam 19:1). And we’re not even talking about his laughing and dancing in the streets here, just his weeping. A man after God’s own heart. Think about that.
And what about Solomon—the wisest and richest king who ever lived. He wrote in Ecclesiastes 3:4 A time to weep and a time to laugh, a time to mourn and a time to dance. (NIV) Solomon doesn’t add … but only if you’re a woman or child.

Job wept in Job 16:16
And that’s not even halfway through the Bible. These are all strong biblical heroes we want our sons to emulate. And they all wept in public. And the people mourned with them.


Why is it, when we see a grown man cry, we look away as if ashamed? We might walk up and give solace to a woman—maybe a hug or an arm rub—but when tears are shown on a male, we ignore him until he’s ‘got his act together’. 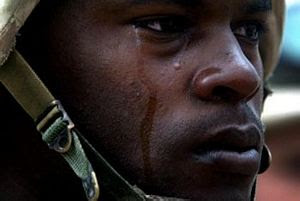 Now I’m not saying to walk up to some strange guy and start hugging him because that would put a whole different connotation on the picture, wouldn’t it? But if you know the man, just sit near him and be still. Your presence and silence will show true compassion. If he doesn’t want it, he’ll leave.
Weeping isn’t a form of weakness. It’s simply an outpouring of emotion.