Today we welcome yet another special guest, Roseanna White, author of A Stray Drop of Blood . If you aren’t familiar with this name, get familiar with it. She’s an amazing writer and destined for great things. Take it away, Roseanna. 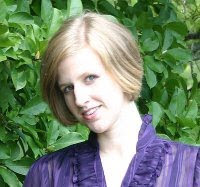 As a teenager, I had a whole host of ideas in my mind for stories. Some of them I diligently worked on, some of them I shoved onto a mental shelf . . . and some of them I knew were a little beyond me, so I filed them away and jotted notes as handy facts happened by.

One of the biggest ideas I ever had started as a short story I wrote on Good Friday when I was fifteen. I entitled the story "A Stray Drop of Blood"—it was about a woman in the crowd at Jesus' trial and crucifixion, one who had gone to seek revenge on Barabbas but instead collided with forgiveness. I knew then that the story would become a book, but I also knew I was in no place to write it.

Then I went to St. John's College, a little Liberal Arts school that focuses on the Great Books of Western civilization. As I went through the Program, A Stray Drop of Blood came to life in my mind as I gained the knowledge and tools I needed to write it.

During my sophomore year, we read through the major books of the Bible in about four months for one of my classes. We started, naturally, with the Old Testament. Never have I read so much of it so fast. We flew through the historical books of Genesis and Exodus, we swallowed whole the Law, and we paid close attention to the Prophets. There was a pit stop at the Psalms (which was like vacation after the Law!) and we admired how the Psalmists always looked to God with hope after every lamentation.

I was so blessed to have an Orthodox Jew as one of my teachers in that class. Those of us raised in the Christian church often just get versions of the story that have been distilled over the centuries into what the great minds deemed the “important” facts—basically, we get interpretations. This is fine, in that the full scope of the thing is a bit much for us to understand as we come to faith. But I was at the point where I wanted to go deeper.

The more I learned about the culture Jesus was born into, the more I understood about the Law and the Prophets, the more amazing God and His Son became in my mind. This teacher of mine offered me a cynicism I needed. Every time we read something that my footnotes helpfully told me was a prophecy of Christ, he would answer, “Says who? That could just as easily be a prophecy of so-and-so, who lived a hundred years later and is known by the Jews to have been . . .”

“What?” cry all the raised-in-the-churchers. “Of course not! It's obviously Jesus!”

But again. . . why? Yes, I believe in fact that they are foretelling the Christ. But I needed to be challenged. I needed to think about it a different way. I needed to see why some people can believe all the same historical facts that I do and not come to the same conclusion.

I especially remember reading the end of Isaiah, where it is prophesied that there would be no more prophets. This at first confused a few people in my class, since for the same day we had read other prophets who were after Isaiah in the Bible. Thankfully my Bible has that handy-dandy info at the front of each book, which told us that Isaiah is chronologically the last book of the Old Testament. But still—why? What changed that this was necessary, why did God stop speaking like that to His people? 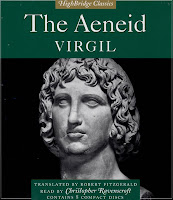 After that, we jumped to Roman texts for a while. Talk about a culture shock! From a world of strict laws and consequences when you break them, all based on their unique belief in the one God, we learned of a society founded instead on politics and ambition. Religion did not control the day in Rome. They were far more concerned with themselves than spiritual matters. Hedonism, Stoicism . . . words embodied by these builders of empires. Having read a ton of Greek philosophy the year before, it was easy to see where they got their foundation, but the Romans took it to another level. They didn't want to be beholden to the Greeks for anything, so they created stories to one-up the Greek mythology (like the Aeneid. Did you know that Caesar ordered Virgil to write it so that they had something to compete with Homer's Iliad and Odyssey?).

At first when I saw the reading list and realized we'd be jumping from the Old Testament to Roman stuff then back to the Bible for the New Testament, I thought it was just a matter of chronology. But then I started reading those familiar Gospels . . .

And that's when it hit me (thanks to the perspective of some students who hadn't been raised in the church): there was a pretty vast break in thought between the Old and New Testaments. The people who spoke in the Gospels talked about issues, assumptions, and beliefs that just weren't present in the Law and the Prophets. Suddenly they were concerned with heaven. Eternal life. Focused on the heart and mind.

All things that make perfect sense to us, but conspicuously absent from the Old Testament (not to say there wasn't a foundation for it, but it wasn't the prevalent way of thinking). So what happened in the couple hundred years between Isaiah and Matthew?

That's when it hit me even harder: the answer to that “missing” era lay in the stuff we read that seemingly had nothing to do with the Bible. Putting it all together, a really awesome picture appears through the mist. All those Ancient Greek philosophers, the writers from Ancient Rome, even some of the religious movements like the Zealots, began to sneak into the mind of the everyday man. And they combined to bring a new awareness of the world we can't see. Of the importance of intent. Of the life that awaits us after we die.

All of that worked perfectly into the idea I had for Stray Drop and helped me come up with a cast of characters covering the full spectrum of beliefs that would have been popular in Jesus' day. There are those in the legalistic mindset, who stuck to the Old Testament views and made them even stricter. There are those who are in the “question everything” mindset of the Ancient Greeks. And there are the “who cares? Let's just party!” people that Rome became famous for.


Researching for this book, reading all those texts in my college classes, made me see the glory, the beauty of this history that the Lord has written. It isn't just that He gave a Law that was so complete. It isn't just that He gave His Son. It's that He chose that perfect moment in time to do so, after preparing the hearts and minds of the world for centuries. Had Jesus come two hundred years earlier, His message may have been even more confusing for the people. Had He come two hundred years later, Rome's grip on Israel would have been so drastically changed that the people wouldn't have been crying for Messiah like they were then.

Sometimes, it's just really stinking cool to see the hand of God in history outside the Bible. It fills in some of the colors you may not have realized were faded or missing and makes the tapestry that much richer.

Nothing in my life has made me love Him on which my faith is founded like taking a step back and looking at the picture from a new perspective. Not just the Old, not just the New. The Whole—and that requires taking a glance at the middle.

Roseanna M. White is a wife, mommy, writer, reviewer, and lover of all things literature-related. She makes her home in the mountains of Maryland, where she runs the Christian Review of Books. She is a member of ACFW, HisWriters, and HEWN Marketing.

A Stray Drop of Blood by Roseanna White 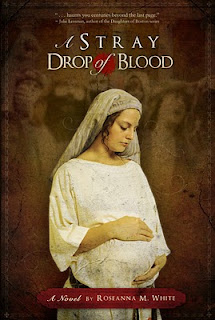 Beautiful is a dangerous thing to be when one is unprotected.

For seven years, Abigail has been a slave in the Visibullis house. With a Hebrew mistress and a Roman master, she has always been more family than servant . . . until their son returns to Jerusalem after his years in Rome. Within a few months Jason has taken her to his bed and turned her world upside down. Maybe, given time, she can come to love him as he says he loves her. But how does she open her heart to the man who ruined her?

Israel's unrest finds a home in her bosom, but their rebellion tears apart her world. Death descends with Barabbas's sword, and Abigail is determined to be there when the criminal is punished. But when she ventures to the trial, Barabbas is not the one the crowd calls to crucify. Instead, it is the teacher her master and Jason had begun to follow, the man from Nazareth that some call the Son of God . . .

Born free, made a slave, married out of her bonds, Abigail never knows freedom until she feels the fire of a stray drop of blood from a Jewish carpenter. Disowned by Israel, despised by Rome, desired by all, she never knows love until she receives the smile of a stoic Roman noble.


* * *
Roseanna will be stopping by today. Please feel free to leave questions and comments for her. I'm sure she'd love to get to know you all. Do you have a favorite Bible story or work of Biblical fiction?
Posted by Dina Sleiman at January 14, 2010