Because you're worth it, baby!

Remember those hair color commercials that ended with the gorgeous celebrity spokesperson stating, "because I'm worth it"? Those ads always made me gag. What a self-centered, egotistical, conceited statement! Who would ever say such a thing about themselves?

Apparently, somewhere in my feminine wiring I was programmed to believe that a "good" wife-mother-daughter-friend-employee-sister-Christian sets herself and her own needs aside at all times for the benefit of others.
To a certain degree, that's true. Laying down one's life for the sake of love is part of our obedience to God, and an essential ingredient in a healthy relationship.
However, some of us take this mindset to an extreme. We'll wear our undies to the point of being little more than ragged elastic bands held together with some thread, allow the demands of friends and family to overrun our time to the point we don't even get to go to the bathroom alone, cheerfully endure holes in our socks, and "make do" with second-rate tools in the kitchen. We may not like it, but we stoically grit our teeth and mutter, "If anyone is going to do without, it's going to be me." 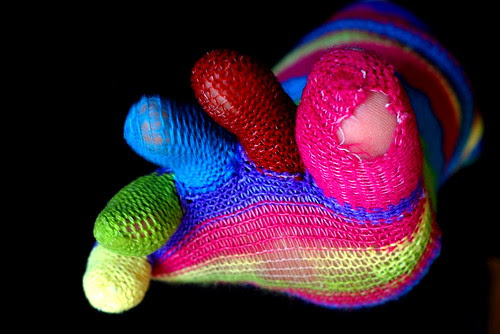 Beautiful, isn't it? I used to think so.
And then I ended up in the doctor's office with a scroll - not just a list - of symptoms.
The verdict? My failure to take proper care of myself physically had depleted my body of its ability to replenish essential chemicals necessary for my health and well-being. I had, in effect, given myself brain damage (stop laughing, Gina) with all my self-righteous self-sacrifice. My doctor sent me home with some sage advice: "Give yourself permission to rest and be good to yourself." This was a foreign concept to me. Is it for you? Warning:


If you fail to take care of yourself,

sooner or later you won't be fit to take care of anyone else.

Susanna Wesley, mother of John and Charles Wesley (and seventeen other children), understood this principle when it came to her prayer time. She would sit on the floor with the littlest ones gathered around her, toss her apron over her head, and pray in her makeshift muslin prayer closet. Her children learned early on that when their mother's apron was up they were not to disturb her. This accomplished two goals: Susanna was filled with the spirit of grace and faith to train up all those children (nowadays she'd be on a reality show), and the children learned an important lesson about self-control and delayed gratification.

What do you need to do to take care of yourself? Exercise? Rest? Read? Prayer? I'd be willing to bet the Lord has been dealing with you about some of these things, quietly encouraging you to be good to yourself. Why? Because in His eyes, you're worth anything on this earth and so much more. You, dear ones, are, in God's eyes, the most expensive, valuable, precious thing in the universe. ALL of you: spirit, soul, AND body.

"For you were bought at a price; therefore glorify God in your body and in your spirit, which are God's." (1 Cor 6:20 NKJV)


“Then the world will know that you [God the Father] sent me [Jesus Christ] and will understand that you love them as much as you love me” (John 17:23, NLT)


Consider this your permission slip for taking care of you. Locate the nearest mirror, look yourself in the eye, and declare, "Because YOU are worth it, baby!"
Posted by Niki Turner at January 05, 2010