Today we welcome guest author Christy Barritt to Inkwell Inspirations for our Sing, Sing a Song theme. You'll understand why in just a minute. Take it away Christy.
Walking Where He Leads 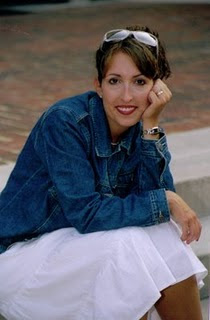 I’ve always loved music. I began playing the guitar at 13 years old after I found my sister’s old (and never played) guitar in the attic. I was doing a Rent-a-Teen program with the local YMCA to make some extra money and it turned out the couple whose house I began cleaning were in a local band. We made an agreement: I’d help them clean their house if they’d give me guitar lessons.

Those first few attempts at playing the guitar and singing were painful. My first song was a mean rendition of “Leaning on the Everlasting Arms” (where whenever I had to change chords I’d hold out the syllable for as long as it took to get my fingering correct). But I persevered. After about a year of guitar lessons, I began vacuuming my church building to earn extra money. The building was quite large and while I was vacuuming, I would sing (usually quite loudly, from what I’ve been told). I think I owe both of those cleaning experiences with developing my musical talent. It’s a shame, however, I didn’t retain any of that love of cleaning into my adult life. LOL I did go on to use my guitar and singing to lead worship for youth group at church and some musical specials at church.

When it came time for college, I had big choices to make. Should I be a music major? Study journalism? Dive into psychology? Each of those choices seemed interesting to me. Don’t major in music, my mom told me. You’ll never get a job. She’d been a music major and had ended up giving private piano lessons and playing at church, neither of which are bad, but neither of which would pay for college loans either.

So, I decided to continue playing the guitar, writing songs and singing as much as possible, but to major in both communications and psychology. I eventually decided after college to go the communications route and was offered a job at a Christian publishing house. Even while I worked there, I played with a band and we recorded a CD. Music was still a huge part of my life and a place where I found tremendous comfort.

Three years into my newfound career, I had a choice to make. My father, who lived 12 hours away, was terminally ill. After many prayers and tears, I gave up my job at the publishing house and moved back home. Back in Virginia, I again came to a crossroads: what am I going to do with myself? In my grief over my father, I felt there were no opportunities for either my writing or my music. After all, there wasn’t a Christian publishing house nearby where I could try to snag a job. The girls I loved to do music with still had jobs and lives back in Cincinnati.

The song “Take My Hand and Walk” by the Kry became my theme song, as the song talked about following God even when you had no idea where he was leading. I wish I could legally write the lyrics here, but I can’t. If you have a chance, check out the song. It’s ministered to me time and time again. Click here for a youtube video of the of it. (Not sung by the Kry, but the guy is good! :)

Slowly, I realized that wherever God leads you, He’s there with you. After some very grey days, I finally began freelancing writing and doing some solo music at coffeehouses. Eventually, I became one of the worship leaders at my church. Life seemed to fall into a nice rhythm and I was able to do both of the things I loved. 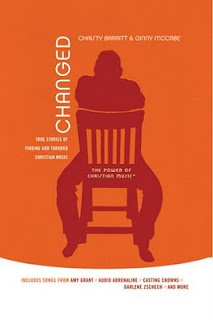 In 2004, I got an email with the word “Proposal” in the subject. Interesting, I thought, because I was usually the one sending proposals to editors, not receiving them. I clicked on it and saw a book proposal from an editor. I’d been writing music articles for a couple of different magazines and he liked what he saw and apparently, I’d been recommended by some other editors to him. He asked if I’d be willing to do a book called Changed: True Stories of Finding God through Christian Music. The book would be similar in style to the Chicken Soup for the Soul books, and would contain true stories from people about how certain Christian songs had effected and changed them. Of course, I said yes!

I’m still constantly amazed at how God had merged the areas of writing and music in my life. People always told me that music and writing were two careers where I’d always be poor and never make a living. Get a real job, they’d say. I’ll admit that there have been tough “famine” times, but I’ve managed to make my living with both writing and music for the past several years. Today, I still freelance write for several magazines, as well as for my local newspaper. I’m also on staff part-time at my church as worship minister and I write books, publicize them and do several speaking engagements each year. It’s quite the balancing act at times, but God’s carried me through.

Music is such an important part of my life. I’m pregnant with my second child and, as we’re trying to pick out a name for the little guy, I realized the power songs have over me. My first child was named after a singer I liked, and the names that come to mind for this baby are all influenced by songs also.

I feel so blessed that God’s used me in both areas of interest in my life and that I haven’t had to decide between my two loves. It all goes back to that song and “taking his hand” to walk where he leads.

Christy is the author of the Squeaky Clean Mystery Series about a crime scene cleaner who likes to stick her nose into police business. She is married to Scott, a high-school teacher and funny man extraordinaire. In June 2006 they added Eli to their happy mix. They also have two dogs and a house plant named Martha. When Christy's not writing, she's on staff part-time at Celebration Christian Church, where she leads worship each week.

Hazardous Duty: She always wanted to be a forensic pathologist. But when circumstances force her to drop out of school, Gabby St. Claire starts a crime scene-cleaning business. Suddenly a routine job turns up a murder weapon, and Gabby and her neighbor Riley realize that the wrong man is behind bars! Will they catch the real killer?
Click here to order

Suspicious Minds: Elvis has definitely not left the building! That's what crime-scene cleaner Gabby St. Claire discovers when she does mold remediation at a dilapidated old house. To her surprise, she finds the dead "King" in a crawlspace---still wearing his blue suede shoes. There's no way she can keep her nose out of a case like this! Click here to order

Dina here. I want to mention that Christy's mysteries are a hoot. You should definitely check them out. So, what Christian songs have left you changed? Has God ever woven two of your loves together in a way that surprised you? Christy should be stopping by today. Please feel free to leave questions and comments.