We Interrupt This Book Review.... 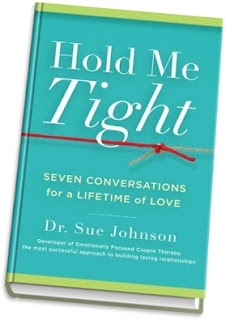 This book review, slated on the last Saturday of St. Valentine's month, was supposed to be about married love. It was supposed to open with a story about my grandparent's 60 + years of marriage and the question, what makes love last? With over 40% of marriages, and yes, even Christian marriages, starting with "'til death do us part" and ending in divorce, I was going to review a secular marriage book, Hold Me Tight, Seven Conversations for a Lifetime of Love by Dr. Sue Johnson. You see, years ago, when my husband and I were leading a home group made up of several crumbling marriages, we came across Dr. Johnson's "Emotionally Focused Therapy." As a family doctor always in need of better therapy tools, my husband was intrigued with EFTs successes relative to behviorial or cognitive therapies. We considered travelling to Ottawa to participate in intensive EFT training so we would be better equipped to minister in our church, and, for my husband, for him to be more effective in his medical practice.