I’ve known that I needed to post on the topic of Brotherly Love since last year. I kept putting off writing the post. But today I found myself compelled to write, though unable to find all the words to convey what is roiling around inside me as I watch the Hope for Haiti telethon in tears.

Earthquakes have nearly shaken the nation apart, leaving in their wake inconceivable devastation. The stories filtering out of Haiti are both heartbreaking and awe-inspiring. According to recent estimates, more than 600,000 people are homeless in Port-Au-Prince. More than a quarter of the pre-earthquake population. The dead are believed to number upwards of 200,000.
The numbers are so big that I can’t wrap my mind around them. In my limited experience, I can’t relate to such enormous scale. It’s overwhelming, and I’m not even there. The larger impact comes home to me more clearly through individual stories. See if this doesn’t move you to want to hug your children more tightly to you than you ever have before.

A lot of people are asking why God would allow this to happen. I wish I could see into His mind and understand. I don’t know why this tragedy would strike a nation that was already struggling. Some are taking it as proof positive that there is no God.
My reaction is the opposite. Tonight I watched as famous Hollywood talent, people whom I had little respect for, were using their talents and celebrity to raise money for the injured and impoverished nation. And I realized that this is love in its purest, simplest form. To reach out when someone is in need. 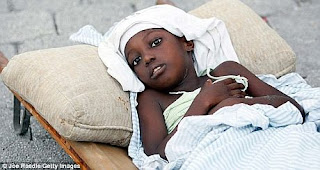 I was ashamed of myself for how little I have done. I saw the pictures and was horrified. I offered up a prayer as I went about my daily routine. I talked about the possibility of going over and helping with the rebuilding—someday. But the sight of such suffering didn’t fundamentally change me or even move me to action. Yet, these actors and musicians, that I long ago wrote-off as shallow, self-centered, egotistical, pick your adjective. They were doing something. 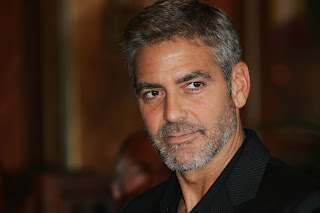 And in that moment I realized that I was the Pharisee and that these ‘publicans’ were a lot closer to God than I. They were reaching out to the hurt and the injured and the afflicted. Not only are the people of Haiti my brothers, and it’s my duty to reach out and try to help. But also the people putting on the telethon. Those people whom I had judged, they are my brothers too.
I wish I could see with such clarity all the time. It’s sad that it takes a tragedy on such a vast scale to bring us together and show us that under all the political rancor and cultural differences, we are brothers.
My prayer today is that we will hide this lesson in our heart. Disagreements will arise again. But when divisive rhetoric raises it’s head, as it inevitably will, I hope that we will at least remember that those we disagree with are people. Not simply candidates, not simply opponents. But people with dreams, and families, hopes and hearts, just like ours. We share the common bond of humanity and that connection is more precious than the differences that strive to divide us.
No I don’t have all the answers, but maybe this event will start helping us to ask the right questions.
Has tragedy ever taught you a spiritual lesson?
If you'd like to contribute to Haiti here are some safe links.
The American Red Cross
Or text "HAITI" to 90999 to make an automatic 10$ donation, the charge will show up on your phone bill
Doctors without Borders
Posted by Lisa Karon Richardson at February 01, 2010