What We Can Learn From A Renegade Saint 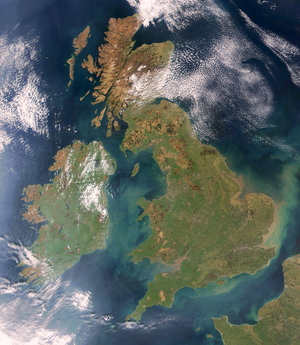 Image via Wikipedia
Let's play a word association game. I say "St. Patrick," and you say ________?
Unless you know some of St. Patrick's real history, you probably thought of things like "green" and "shamrocks" and "drove out the snakes." You know what? St. Patrick himself wouldn't have thought of any of those things. So what's the truth about the man we've come to know as St. Patrick?

He wasn't Irish, for starters. The son of a nobleman in Roman-ruled Britain, Patrick grew up in a time when Roman rule in the British Isles was coming undone. Pirates and marauders roamed the coastlines, looting and pillaging the towns and villages for good and slaves. Patrick was kidnapped by a band of these thugs in his teens and taken to Ireland as a slave.

To the Romans, and the Brits, Ireland was considered one of the most barbaric places on earth. Patrick, who writes that he didn't know God at all at the time of his capture, was a slave shepherd in the harsh Irish countryside. Like King David of the Old Testament, Patrick encountered the God of all creation during those solitary hours watching over a flock of sheep. Later he went so far as to say his capture and enslavement was the hand of God working in his life to save him.

Patrick spent six years in captivity before he escaped and return to his homeland, where he was welcomed with open arms and presumably could have returned to his comfortable life. But God had other ideas.

In a dream he heard the voice of the Irish people, calling him back to that wild and dangerous country to share with his former captors the Gospel of the Christ. 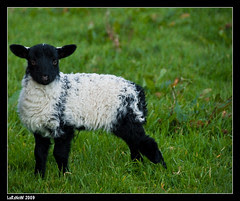 It's interesting to note Patrick's greatest fear was not of death, or capture, or even returning to the hardships of a rough country full of violent people. His insecurity had to do with his lack of education and the requirements for becoming a deacon and, later, a bishop. Encouraged by another dream from the Lord, he endured the required training and eventually became a bishop for the Catholic church in Ireland. 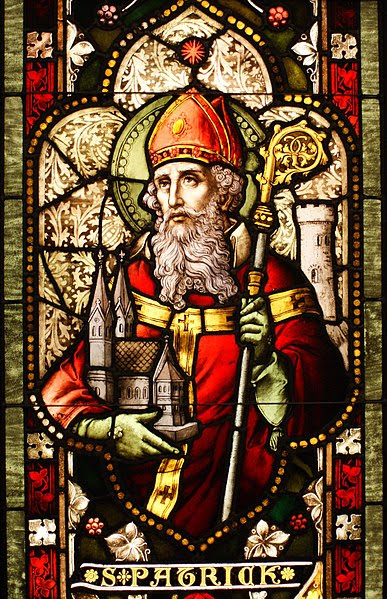 But even though he met the requirements, Patrick was a renegade at heart. He frequently found himself at odds with his superiors because his methods of ministry, and his ideas about who should be ministered to, were unorthodox. Patrick violated missionary practices of his day by going to the barbarians.

The church at the time simply saw no point in reaching out to them, saying: "What place would God have in a savage world?" The church sent him to Ireland to minister to the few Christians who were already there, not to share the message of Christ with the island's barbarian inhabitants. But Patrick's heart had been supernaturally softened toward the very people who had sold him into slavery and kept him a captive. He ministered to them not out of pride, or haughtiness, or a "holier-than-thou" attitude, but from a sincere love for them and concern for their eternal souls.

The legends and myths that surround St. Patrick's life and ministry pale in comparison to the reality of his accomplishments. St. Patrick was the first known missionary to a culture and a people outside the realm of the Roman Empire. Up to that time, where the Roman army went, the church followed. While the Irish never submitted to the Romans, they did submit to the gospel, brought by a humble bishop, a former slave, who sought not to convert the former barbarians into good Roman citizens through Catholicism, but to convert them to eternal life in Christ through personal relationship with a saving God who loved them.

What does this all mean for you and me as believers? In that renegade spirit of St. Patrick, let's honestly examine our hearts today, right in the middle of the green stuff and the bad Irish accents.

Are we following St. Patrick's example, or the example of those Roman Christians who'd labeled everyone outside of their comfort zone as unreachable - or worse, unworthy - of the love of God that is in Christ Jesus our Lord? Remember, the Irish barbarians were accused (and probably guilty of) human sacrifice, cannibalism, incest, fornication, murder, rape, theft, drunkenness, idolatry, demon worship. What do you think those leprechauns really were, luring folks to chasing rainbows for the promise of a pot of gold?

Are there individuals, or maybe entire people groups or cultures you've written off as "unreachable" the same way the Irish barbarians were discounted by the Roman Christians of Patrick's time?

I don't know about you, but my heart attitude needs an adjustment when I consider some of the above groups. Just being honest with you. Seriously, if you don't have any issues with any of the groups above, please pray for the rest of us!

How can we let go of these prejudices in order to minister (serve) these individuals and groups the love of God and the message of Christ?

What person/group might you consider reaching out to after knowing what St. Patrick did for the Irish?