by Niki Turner
My youngest child was a biter. It was a brief phase, thankfully, but one of the most embarrassing experiences I had as a parent. The day he bit one of his children's church pals was the last straw. I mean, you just can't have the pastor's kid biting the other kids in Sunday school!

And yet we're biting and snapping and nipping at each other in "big people church" all the time. I posted the following on my personal blog back in July. It garnered quite a few comments. But what really surprised me was noticing the number of "pageviews" it has received since then. Apparently, it struck a chord.

Since July, I've been "bit" a couple of times myself, and the experience sent me running to Abba for comfort. God doesn't like it when we bite each other with our words and attitudes any more than we, as parents, like it when our kids bite other kids with their sharp little teeth!

"For all the law is fulfilled in one word, even in this: 'You shall love your neighbor as yourself,' But if you bite and devour one another, beware lest you be consumed by one another!" Galatians 5:14-15

My Facebook friends cover a broad variety of spiritual belief systems. Agnostics, atheists, pagans, heathens, lots of Christians, a few Jews, a Wiccan or two, some New Agers, and a couple Buddhists are in my friend list. 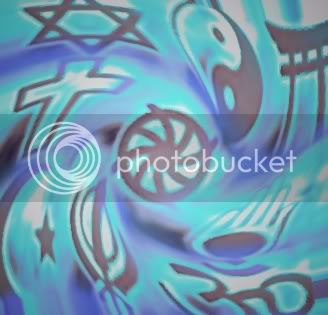 From that eclectic socio-spiritual mix, the only people I've ever had to unfriend or hide because their posts or their shared links or their messages were hateful, spiteful, judgmental, and mean, have been self-avowed Christians. (I say "self-avowed" because I wonder what Jesus calls us when we act like that.)

Sunday, one of those yucky posts surprised me. It was a shared link from a Christian whose posts are usually unquestionably sweet and encouraging. In the linked video, a popular minister "abominates" (his word) a particular doctrine taught in many churches and, by default, those who preach that doctrine. Abominate, by the way, means "to hate or loathe intensely." He wasn't abominating violence, or rape, or child trafficking, or war, or murder, or even gossip and outbursts of wrath. No, the video was his explanation for hating and loathing intensely a particular teaching within the body of Christ.

What strikes me as odd is that I can't recall ever seeing one group of pagans denounce other pagans, although surely they must have their differences about their practices. I don't remember my heathen/barbarian friends from one group denouncing the heathens from another group for some minor difference in ideology. The Buddhists never seem to denounce anything, the Jews don't ever bring up the subject of religion, and the new agers are usually too excited about some new, new age activity to bother. In fact, the only time I remember hearing griping and "abominating" coming from those groups was about the lousy, self-righteous, hypocritical way Christians tend to treat each other. Good grief ... viewed from outside, through proud lenses filled with preachers abominating other preachers, the church looks like a shark tank with some piranhas thrown in to clean up the leftovers. No wonder folks are hesitant to join us for Sunday fellowship!

Why is it that the group that is supposed to be known and recognized by its love for one another, for unity of heart and spirit, feels it's all right to bash each other publicly over what would be considered "internal affairs" in any other organization? How is it that we who have the love of God shed abroad in our hearts by the Holy Spirit can spew out such critical, faultfinding, negative actions and words? Why is it acceptable within the body of Christ to tear down other parts of the body with our words? Sometimes I wonder if Jesus would be more comfortable hanging out at the lake on Sunday with a bunch of guys going fishing than he would be in many church services.
Oh, that's right... He was.
Shame on us.