Choosing a Point of View

One of the devices in a writer’s toolkit to create realistic, three-dimensional characters is point of view (POV). Consider, a novelist's job is to make fictitious people so real, the reader feels like he knows them. Judicious use of POV provides the frame of reference for the story and creates a bond between the reader and characters. There are three major POVs in common usage.
First person POV creates the most intimacy between the reader and the character. In a first person story, the narrator is a character who addresses the reader directly—like friends chatting over coffee. The narrator and reader bond because they spend the entire story together.
A reader can immediately tell first person because the narrator calls himself (or herself) “I” and “me.” “Call me Ishmael” begins the narrator of Herman Melville’s Moby Dick. 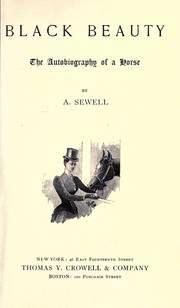 Or how about this favorite from my childhood? “The first place that I can well remember was a large pleasant meadow with a pond of clear water in it.” Yes, even a horse can be the narrator of a first person story.

Third person POV adds a little more distance between the narrator and the story. The author chooses one character from the story and proceeds to present the story world through that person’s senses. We are limited to the character’s experiences—only what he can see, feel, smell, hear, or taste.
Third person is the most commonly used POV in modern commercial fiction. A very deep third-person POV is almost a first-person POV. Almost. For instance, this opening line could easily be changed in first person: “Too late, Crispin Worthington discovered he hated dying even more than he hated his father.”
So why use third person instead of first? Third person keeps us at a bit more distance than first person, so an author can more easily switch to another POV character in the next scene or next chapter. A common structure for mysteries and thrillers is to open the story in a villain or vicitm’s POV, and then switch to the hero (protagonist) at the beginning of the next chapter. Back and forth, the POV changes from villain to hero. While each shift adds a bit of distance from the reader (because with each switch, the reader must adjust to seeing the world from another perspective) it adds tension. The reader now knows more than any one character.
In omniscient POV, the narrator is even further removed from the characters, like a bird in the sky reporting on events below. Omniscient allows us to peek into any character’s thoughts, but because we aren’t intimately connected to any single character, it is the most distant.

“It was the best of times, it was the worst of times…” That is the narrator’s opinion. We don’t know if Sidney Carlton or Charles Darnay agreed. Indeed, they had no notion of what was about to befall them. Or how about this gem? “It is a truth universally acknowledged, that a single man in possession of a good fortune, must be in want of a wife.” Rather than a character relaying this opinion, the author has stepped into the story to address the reader.
The Bible is the story of God stepping into history to address all of humanity. Omniscience (Latin for “all knowing”) is a characteristic of God. And yet, just like a reader of a story told in omniscient POV, how often have I kept the Omniscient, Omnipotent and Omnipresent God at a distance? Guilty, far too many times.
A writer creates intimacy between the reader and a character by having them spend time together. It is the same in our relationship with God. Only by spending time with Him will we gain intimacy with him.
The God who already knows every aspect of our being wants us to know him—more intimately than a first person novel. He gave us approximately 1,000 pages of revelation of his POV. "And I will give them an heart to know me" says God in Jeremiah. "Take my yoke upon you, and learn of me" invites Jesus. "In reading this, then, you will be able to understand my insight into the mystery of Christ," Paul told the Ephesians.


Now if you’ll excuse me, I have a bit of reading to do!

Do you have a favorite point of view? Do you enjoy stories told in first person or do you prefer third person?

After leaving the corporate world to stay home with her children, C.J. Chase quickly learned she did not possess the housekeeping gene. She decided writing might provide the perfect excuse for letting the dust bunnies accumulate under the furniture. Her procrastination, er, hard work paid off in 2010 when she won the Golden Heart for Best Inspirational Manuscript and sold the novel to Love Inspired Historicals. Redeeming the Rogue was an August, 2011 release. You can visit C.J.'s cyber-home (where the floors are always clean) at cjchasebooks.com
Posted by C.J. Chase at February 01, 2012