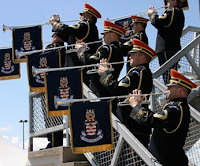 IT’S HERE AT LAST!!
Call the heralds!
The week of Gina has arrived! It’s been a long time coming, but finally, finally we get to celebrate the inkies’ favorite benevolent despot. 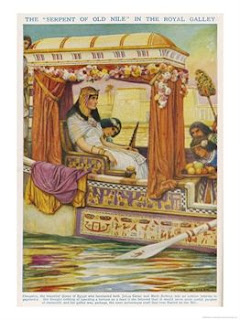 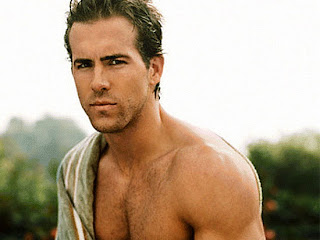 Um... I'm not exactly sure that's sanitary, but I'M not going to make him put his shirt on.
This week we’re celebrating the official launch of Gina Marie Welborn’s novella, Sugarplum Hearts. 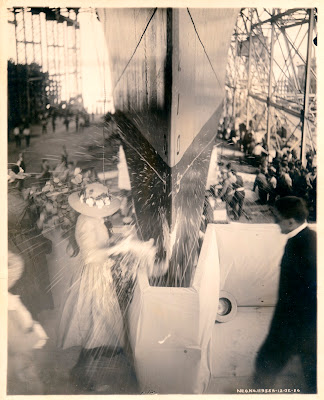 Sugarplum Hearts is the third novella in Highland Crossings, an anthology from Barbour Publishing. 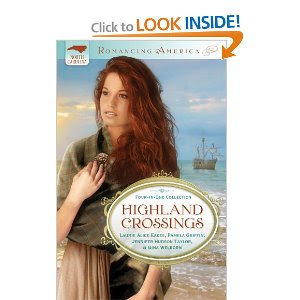 Back cover copy: “Head to historic North Carolina where a brooch unites the lives and loves of four women. Dangerous accusations force Seona to leave Scotland with the brooch in tow, but will she find peace before her past is revealed? Years later, Fiona hopes to recover the brooch only to wind up on the whipping block. Can she trust the man who comes to her rescue? Seren sells the brooch to open a confectionery, but will the precious heirloom be lost to a hopeless dream? When the brooch is stolen, can Brynna reclaim it before she loses something even more valuable?”
I think you’re going to love this collection, and Gina’s story in particular. It is a delightfully sweet tale with a piquant bite of spiritual truth. Here’s an excerpt to prove it:

Seren jerked her gaze to the left. What had possessed him to follow her? Though his pace was casual, the Scotsman clearly was headed her way with his draft horse trailing.

What could they possibly have to talk about? The man couldn’t even form an explicable sentence, and she had no ability to read minds.

"Someone lit a fire on his tail,” Miss Keen muttered. “Think he fancies you?”

"I doubt it,” Seren insisted.

Seren released a pent-up breath. “Upon my word, I don’t know him.”

This time Seren didn’t respond. She felt her lips tighten and nose twitch.

Almighty Lord, fill me with the patience that passes all understanding because, at this moment, I need it more than I need peace.

The Scotsman stopped a respectable distance from them yet close enough for Seren to touch him if she were so inclined.

His gaze focused intently on hers. “Miss Cardew—I do not, umm, ye left before—aye, ’twas the good Lord who directed me—I—ye. . .”

Miss Keen whacked the fence with her hoe. “Spit it out, lad. Miss Cardew and I aren’t getting any younger standing here. Are you looking to court Miss Cardew? I never met a girl more in need of marriage to cure her.”

Seren’s mouth gaped as she stared at the petulant spinster. Of all the—

She turned to the Scotsman, expecting him to look vaguely ill since that’s rather how she felt.

Instead he grinned. His brown eyes twinkled; she thought—no, knew—twinkled was the most ridiculous word she could use. Yet she couldn’t think of anything else to describe what his eyes were doing. Nor could she stop staring. Or stop feeling as if her world was spinning—or wasn’t spinning at all like it should. He transfixed, confused, and annoyed her at the same time.

Then he shifted his horse’s reins to his left hand, leaned against the fence, and gave Miss Keen his full attention. “I thought the good Lord wished me to speak to Miss Cardew, but methinks He wanted me to follow the lass to ye.” He reached for her hand and brushed a kiss along the back. “Finley Sinclair, at yer service, ma’am.”

One moment Miss Keen’s plain face was a reproachful mask. Then something in her blue eyes changed, and she smiled. Smiled!

In the last eight months of living in Fayetteville, Seren had never seen her mother’s younger friend look pleased with anything. Now she was beaming. Like a star radiating from the heavens. That could mean nothing good.

They spoke directly to each other, without a care or concern for Seren. He was from Glasgow. Miss Keen’s parents had been from Glasgow, too. He thought North Carolina was lovely. She did, too. He was a broker. She broke something that very morning. Somewhere between their numerous commonalities, Seren heard one of them say that love was in the air. Naturally the other agreed

With a roll of her eyes, Seren turned from the doting pair and headed down the walk to her parents’ home. She was one and twenty with her whole life before her. That Miss Keen, a woman ten, twelve, maybe fifteen years older than the man whose name Seren probably couldn’t remember, had an admirer—well, Seren would be happy for her. She certainly wasn’t interested in hearing of Finley Sinclair’s life in Glasgow or what brought him to America or what the good Lord told him about anything, especially in relation to talking to her.

She spared a quick glance over her shoulder.

Whatever the Scotsman had said made Miss Keen laugh.

With a grumble, Seren refocused on the tree-canopied path before her. She had no time to waste thinking about a man she didn’t know and whose name she could barely remember. She had far more important things to do, like—decorating Mama’s cake and planning what conserves she’d prepare tomorrow and not sparing another thought on a man who was a bit more than moderately attractive. Even with Miss Keen wearing fancy heels, the top of Miss Keen’s head would only reach his mid-chest. Imagine them at a cotillion. Wasn’t there a rule about spinsters not dancing?

A man needed to be far more than handsome and considerate to capture Seren’s interest. At home in her Bible, she had a list of a dozen items she was looking for in a mate. Doubtful Finley Sinclair would meet more than one—all right, three—qualifications.

Love was in the air.

Seren released a most unladylike snort

~*~
How could anyone NOT turn the page! You can get your copy here, here, or the Kindle version here.

MORE breaking news: In honor of her release, Gina is doing a giveaway this week of a gift basket that includes all kinds of goodies including a copy of Highland Crossings. Please leave a comment any day this with with your e-mail address to be entered in the drawing! 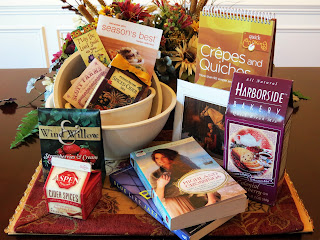 Ultimate Sugarplum Hearts Giveaway includes . . .
(flowers, placemats, and table not included)
Readers can also enter for a chance to win one of three copies of Highland Crossings given away on the Colonial Quills blog. Click HERE.

Also, check out the Romancing America blog. Over the next four weeks, (starting Wednesday) Highland Crossings will be the spotlighted book.
Posted by Lisa Karon Richardson at February 13, 2012

Email ThisBlogThis!Share to TwitterShare to FacebookShare to Pinterest
Labels: Week of Gina Welborn