Monday's posts are for whatever is on the author's mind and up here on the Canadian Prairies at the end of January, I have to admit, I'm thinking an awful lot about snow.

Snow is like money - some people have it, and some people don't. And how much you have can fall anywhere between those 2 extremes. At the moment we have so much of it that I'm sure we'll flood come spring. That's a surety considering we flooded last year with only one third of the snow we've accumulated so far and there are still 2 more months to go.

But last year, someone on a loop asked about snow. What did it feel like? What size was it when it fell? How long before it melted? Did it make a sound?

Do you know, I had to think about the answers. Snow is actually made up of different sizes of snowflakes, in all different patterns. Snowflakes are cold and sometimes they sting from the force of the wind. Snowflakes comes in all sizes up to about a quarter of an inch or more when they bunch together. They melt as soon as they touch your skin - unless your skin is cold, so that depends on the temperature of what the flakes touch.


And since we're on the topic of snow, I'll leave you with a video I made during a blizzard in 2011 when I got punked by a porcupine. It's called, Blizzard Surprise and it's only 2 mins long:


I took some video of snow falling into my hand to show you what it looked like, but that footage has disappeared like the snowflake itself. In other posts, I've asked about your experiences with snow, so I won't do it again, but how about this one...

What's the worst storm you've ever been in? Hurricane? Twister? Sandstorm? Blizzard? What else is there? 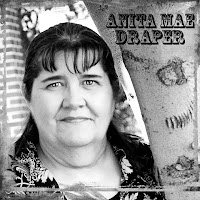