Tears in a Bottle

“There is a sacredness in tears. They are not a mark of weakness, but of power. They speak more eloquently than ten thousand tongues. They are the messengers of overwhelming grief, of deep contrition and of unspeakable love.”
~~ Washington Irving; American author, 1783-1859

Several weeks ago while having breakfast with my coworkers, my boss mentioned a Victorian tradition of mourning where their tears were collected in a bottle. When the tears had evaporated, the mourning period was over. Some of you have undoubtedly heard of this, but I had not. Something about the idea of storing tears in a bottle struck me as both tragic and romantic.

“Thou tellest my wanderings; put thou my tears into thy bottle: are they not in thy book?”

This passage in Psalm 56 is often mentioned as the beginning of the tradition. However, like many other verses, this particular one is translated differently in several different Bible versions.

“Record my misery; list my tears on your scroll – are they not in your record?”
~~ Psalm 56:8; New International Version

There is no mention of putting tears in a bottle in this translation. But there is a footnote next to the phrase “list my tears on your scroll”. The footnote reads: “put my tears in your wineskin,” which is closer to putting them in a bottler than listing them on a scroll.

Either way, the sentiment is the same:
“Take note of my tears, O God. Wipe them away for me; help me grieve, for I cannot do it alone.”

Was there a tradition of gathering tears into a bottle at the time of David? It’s not known for certain, but David wrote those words and there is evidence of small bottles found in ancient tombs of the extremely wealthy. Though no one in First Century Rome really knew the purpose for the bottles, the theory of tear catchers was developed. Mourners would, they said, cry into the bottles as a sign of respect. 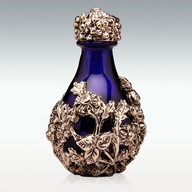 Did the First Century Romans then begin to use tear bottles? Again it isn’t proven, though many glass bottles were manufactured during this time. Like the bottles found in the tombs, they could have been used for perfume, oils, or medicines.

Whether factual or not, tradition seems to have been borne out of legend.

The various mourning traditions of Victorian England are well documented, and among those traditions – collecting tears in the lacrymatory bottle.

A variation of this practice spilled over to the United States, and soldiers during the Civil War would leave a bottle with their wives in the hopes that she would fill it with her tears while he was gone. If he returned from war to find the bottle filled with her tears, he would then be assured of her devotion. Since many of the soldiers did not return from war, the wives would save their bottle of tears in remembrance of their husbands.

This practice is truly fascinating and sentimental. Whether it really did occur in King David’s time or in the first century, the legend itself demonstrates the need for a physical act to help with the mourning process. By legend linking it to Psalm 56:8, it also demonstrates the human need and longing for God’s healing touch when grieving. 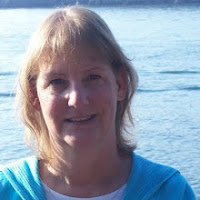 Suzie Johnson’s debut novel, No Substitute, a contemporary inspirational novel, is out now from White Rose Press of The Pelican Book Group. Her second novel will be out later this year. She is a regular contributor to the Inkwell Inspirations blog, a member of ACFW, RWA, and is the cancer registrar at her local hospital. Suzie and her husband are the parents of a wonderful grown son who makes them proud every day – even though he lives way too far away. Suzie and her husband live in the Pacific Northwest with their naughty little cat on an island that is definitely not tropical. You can visit her at the following places:
http://www.susandianejohnson.com
http://inkwellinspirations.com
http://www.facebook.com/suziejohnsonauthor
http://www.pinterest.com/suziejohnson1

Sources used:
www.lacrymatory.com (this site has many links to more information on tear catchers as well as other mourning traditions)
http://19thcenturyartofmourning.com/civil_war_tear_catchers.htm
http://www.tearbottle.com/
http://www.Webhealing.com