Can I just say, “I love Dani Pettrey!” Her books are awesome and I feel privileged to have gotten to know her better by being part of her Suspense Squad Street Team. RELEASE DATE: JULY 3, 2018 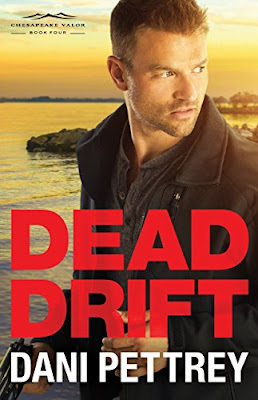 This entire series is incredible! One of my favorite things about it, is that the characters from the first books are part of the story and not just an afterthought in the epilogue. I loved reconnecting with everybody and finally getting to learn more about the mysterious Luke and where he has been and what he has been doing for the last 7 years.

I really liked how Kate was with Luke after his long absence. She could’ve been super snarky or mean - not my favorite- instead, she was understanding while still guarded. Towards the end of the book when...okay that would be a spoiler...but anyway, I totally felt her pain and Declan’s humorous line was great!

Jenna’s killer storyline literally gave me chills! Especially the hotel room scene, well make that hotel room scenes. Creepy!! The culmination of Jenna’s story brought tears to my eyes. And then Parker actually made me cry! And the end! Wow, I was trying to figure out how to move my eyeballs faster to see what was going to happen next! 5 stars!!!

I have only read this series by Dani. I am looking forward to her first series, Alaskan Courage, which I have heard is great. Oh and I am hoping that maybe Mack will get a book?!
I received a complimentary copy of this book. All thoughts are my own.

BACK COVER BLURB:
Burning debris littering the ground . . . smoke pluming in the acrid air . . . this is just the beginning if he fails.