THE WEAVER'S DAUGHTER by Sarah Ladd, Review by Karen Klepsteen 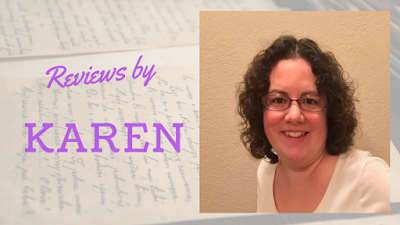 The Weaver's Daughter is such a unique glimpse into England's history. I had no idea that there was so much pushback during their Industrial Revolution, but after reading this book, I can definitely see why. Sarah Ladd does a fantastic job of allowing us to see all sides of the story, and Kate's and Henry's points of view are both compelling. The book is written from both of their perspectives, as well as Frederica's, one of the other members of the community of Amberdale. Each of the characters are well fleshed out in the story, and as we come to see each of their motivations and how it leads them to act, we are taken on a very dramatic ride. 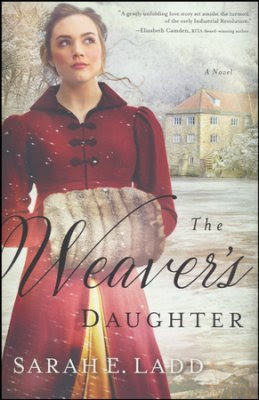 Henry Stockton, the hero of the story, has PTSD from taking part in the Napoleonic Wars. As it is nowhere near the time when it was publicly acknowledged, Henry's behaviors are a challenge for him and lead to some awkward situations. He longs for peace at home after dealing with war abroad, and he hopes to help his family's business move into the next phase of fabric production which includes weaving machines.

Kate Dearborne, the heroine, is initially distrustful of Henry as the Stocktons are bitter business rivals of her family. Her family's business maintains the traditional method of hand weaving fabric, and they are opposed to the automation that is sweeping across England and putting many workers out of job. As Henry tries to win Kate's trust, she is slowly drawn to him in such a sweet, romantic way. Their conversations, while sometimes heated, lead to growth for both them and the citizens of Amberdale. This is not without some serious growing pains, and the last part of the book is very exciting! This story has all of the hallmarks of a Regency classic, and the way that Henry declares his feelings for Kate is so incredibly romantic. I rarely swoon, but oh, those words! I won't give it away, but I highly recommend this book for all of its drama, romance, and intrigue!


BACK COVER BLURB:
Kate's loyalties bind her to the past. Henry's loyalties compel him to strive for a better future. In a landscape torn between tradition and vision, can two souls find the strength to overcome their preconceptions? Loyalty has been at the heart of the Dearborne family for as long as Kate can remember, but a war is brewing in their small village, one that has the power to rip families asunder --including her own. As misguided actions are brought to light, she learns how deep her father's pride and bitterness run, and she begins to wonder if her loyalty is well-placed.

Henry Stockton, heir to the Stockton fortune, returns home from three years at war hoping to find a refuge from his haunting memories. Determined to bury the past, he embraces his grandfather's goals to modernize his family's wool mill, regardless of the grumblings from the local weavers. When tragedy strikes shortly after his arrival, Henry must sort out the truth from suspicion if he is to protect his family's livelihood and legacy.

Henry has been warned about the Dearborne family. Kate, too, has been advised to stay far away from the Stocktons, but chance meetings continue to bring her to Henry's side, blurring the jagged lines between loyalty, justice, and truth. Kate ultimately finds herself with the powerful decision that will forever affect her village's future. As unlikely adversaries, Henry and Kate must come together to find a way to create peace for their families, and their village, and their souls - even if it means risking their hearts in the process.