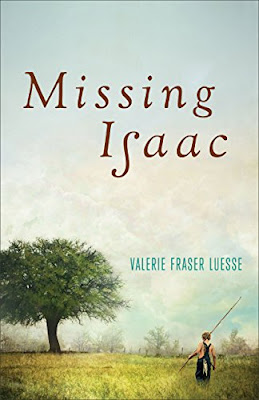 "White folks 'round here's quick to sweep up things they don't understand so they don't have to look at 'em and worry 'bout what they might mean."

When a young black man in Glory, Alabama goes missing, his friends and family grieve his disappearance, especially Pete McLean; whose relationship with Isaac ran deep and wide after the death of his own father, following an unfortunate tractor accident. All kinds of rumors abound, but no evidence ever surfaces; leaving the impression that a man's life is only worth a distant memory.

Meanwhile, Pete has some growing up to do and he discovers an unlikely ally and friend when he meets a young girl in a part of town that his friends dare not frequent. Even at thirteen, Dovey Pickett fills in a part of Pete's heart that he didn't know was missing. As they spend more and more time together a sweet bond forms between them, but can anything last forever in a place where secrets hold more power than the truth?

A beautifully paced story about life, love, and the pursuit of happiness in a small southern town where stereotypes reluctantly fracture, giving authenticity a chance to breathe.

*I purchased this book and was under no obligation to review it, or provide a positive review.

BackCover Blurb:
There was another South in the 1960s, one far removed from the marches and bombings and turmoil in the streets that were broadcast on the evening news. It was a place of inner turmoil, where ordinary people struggled to right themselves on a social landscape that was dramatically shifting beneath their feet. This is the world of Valerie Fraser Luesse's stunning debut, Missing Isaac.

It is 1965 when black field hand Isaac Reynolds goes missing from the tiny, unassuming town of Glory, Alabama. The townspeople's reactions range from concern to indifference, but one boy will stop at nothing to find out what happened to his unlikely friend. White, wealthy, and fatherless, young Pete McLean has nothing to gain and everything to lose in his relentless search for Isaac. In the process, he will discover much more than he bargained for. Before it's all over, Pete--and the people he loves most--will have to blur the hard lines of race, class, and religion. And what they discover about themselves may change some of them forever.