SHADOW AMONG SHEAVES by Naomi Stephens. Reveiw and Interview! by Paula Shreckhise 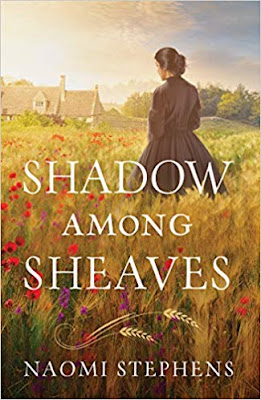 Shadow Among Sheaves is the debut novel by Naomi Stephens. It is a clear winner in my opinion.

This is a re-telling of the story of Ruth set in England during Victorian times. The setting puts things in perspective for me. During the uprising in 1857, Sir Allistair, his wife Nell and son Edric are living in India. Edric takes an Indian wife, Rena. Both father and son die and the two widows travel back to England. Now I can see how out of place the younger widow is in a foreign land. How will they survive? Nell is penniless because she cannot inherit her husband’s lands or money. They are destitute and are forced to rely on relatives but no one wants to be associated with the Indian girl. They must rely on the charity of a distant cousin for their very subsistence. But people look down on Lord Barric for even giving Rena the gleanings of his fields.

All of this plays out with the author’s wonderfully descriptive prose. She weaves a believable tale among the strictures of the times. You will recognize the parallels to the Biblical story of Ruth and Boaz. This story will stay with me for quite a while.

Be sure and pick up a copy of this book by a fresh new voice in Christian Fiction. You will not be disappointed.

*I received a complimentary copy of this book from Barbour Publishing. I was not required to give a favorable review. All opinions are my own. * 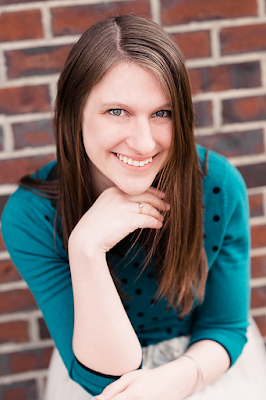 Paula's interview with Naomi:
Paula: When were you first bitten by the writing bug?

Naomi: Books have been a part of my life for as long as I can remember. Even before I started school, I was especially impatient about learning to read. I started writing short stories when I was in first or second grade—the first one I remember writing was called “Magical Mittens.” Even then, I knew I wanted to be an author.

Paula: How has your background prepared you for being an author?

Naomi: I was blessed with parents who always fostered my love of reading. They never missed a Scholastic book order. I remember when they ordered my first copy of Jane Eyre, how excited I was when the Scholastic book order arrived. That book had a huge impact on me and was one of my main influences as I sought to set the Ruth and Boaz story against that broodier British backdrop.

I’ve also spent a lot of time in classrooms, first as a student and later as a teacher. Countless hours of reading, researching, and discussing some of my favorite works of literature—that time was crucial in preparing me for this project.

Naomi: Even when I was younger, my interest in history was interwoven with my love for storytelling. So, basically, if you could present history as fiction, I loved it. For this reason, I was an ardent American Girl enthusiast, particularly when it came to the historical characters. The Felicity series was always my favorite. I must have read those books a hundred times.

Paula: How did you choose the Victorian setting!

Naomi: When I first started brainstorming ideas for a Ruth/Boaz retelling, one of my friends—who was reading a ton of regency novels at the time—half-jokingly suggested I could use this project to write one for her. Since I have a masters in British literature, that idea really took hold. I ended up setting my story in the Victorian period instead of the Regency so I could center things around the 1857 Mutiny. I thought this particular conflict would allow me to explore and complicate themes of otherness, which are so crucial to both the biblical narrative and to the Victorian period.

Paula: What is your WIP, if you can tell us?

Naomi: I have three works in progress. I don’t want to show my hand too much here, but:

One is another biblical retelling set against a Victorian backdrop.

Another is a children’s book I’m working on with my sister-in-law.

The third is a historical swashbuckler of sorts, which I’m co-authoring with a friend.

Paula: What genres do you enjoy reading?

Naomi: I have two small children, so no “writing day” ever looks the same for me. I carve out as many writing moments as I can—nap time, during that half hour of Sesame Street, on days when daddy takes the toddler on an adventure, etc.—and it certainly helps that I’m a night owl. I’m also a big fan of long family trips because I can write in the car for lengthier, uninterrupted spans of time. I work better with a cup of tea in hand, especially if it’s a London Fog. Chocolate always helps too.


THANKS SO MUCH PAULA AND NAOMI!
VISIT NAOMI'S WEBSITE

BackCover Blurb:
A Timeless, Beautiful Allegory of the Biblical Love Story of Ruth and Boaz

The Great Rebellion of 1857 was a remarkably bloody business. At a time when Britain’s imperial influence in India was sparking brutal clashes on both sides, no one could have expected Rena, an Indian woman, to marry a British officer—nor do they understand her decision to follow her mother-in-law to England after her husband’s tragic death.

Once the two widows are in Abbotsville, the stern yet compassionate Lord Barric attempts to help them despite his better judgment. Soon he is torn between the demands of reputation and his increasing desire to capture Rena’s heart for his own.