THE EDGE OF MERCY by Heidi Chiararoli, Reviewed by Nicole Cook 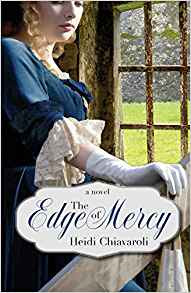 In her latest time-slip novel, Heidi Chiavaroli creates an extremely compelling story filled with deep raw emotion and authenticity. She tackles difficult topics such as infidelity and pregnancy outside of marriage, while giving hope for the future and the realization of God’s grace and love. 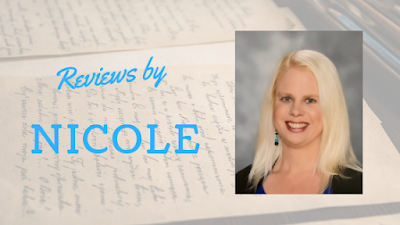 The Edge of Mercy tells the contemporary story of Sarah and Matt, whose seventeen-year marriage is crumbling. When Matt moves out for the summer and acquires a new woman in his life, Sarah finds herself broken and unsure of her future. After an unusual request written in her late neighbor Barb’s will, Sarah begins transcribing the journals of Barb’s 17th century ancestor Elizabeth from the local historical museum. The journals take the readers back to the time of King Philip’s War in the late 1600s and the Legend of Abram’s rock. Elizabeth finds herself attracted to an intriguing Native American named Abram, while her secure, dependable neighbor Caleb seeks her hand in marriage.

The growing tension and fighting between the settlers and Native Americans place Elizabeth in extreme danger. Sarah begins to see similarities between her circumstances and what Elizabeth experienced in the 17th century. Can Sarah find healing and repair her marriage or is it too late for her and Matt?

Heidi Chiavaroli is known for writing thought-provoking time-slip novels that take readers out of their comfort zone, while at the same time, drawing them closer to their faith. Forgiveness, enduring love, and second chances are important themes in this novel. The Edge of Mercy is highly recommended for fans of contemporary and historical fiction, and readers who enjoy time-slip novels by authors such as Melanie Dobson and Sarah Monzon.

*I received this book from the author but was under no obligation to provide a positive review.


Two women, three hundred years apart, must face the devastation of all they hold dear...


Suspecting her husband is having an affair, Sarah Rodrigues fights to appear unbroken while attempting to salvage her family. Though distracted by her own troubles, Sarah is summoned to an elderly friend’s deathbed for an unusual request—find a long-lost daughter and relay a centuries-old family story.


Determined not to fail her friend, Sarah pieces together the story of her neighbor’s ancestor, Elizabeth Baker, a young colonist forced into an unwanted betrothal but drawn to a man forbidden by society.


While Sarah’s family teeters on the edge of collapse, her world is further shaken by the interest of a caring doctor and a terrible accident that threatens a life more precious than her own.


Inspired by the unconditional love she uncovers in Elizabeth’s story, Sarah strives to forgive those who’ve wounded her soul. But when light shines on the dark secrets of her neighbor’s past and the full extent of her husband’s sins, will looking to a power greater than herself rekindle lost hope?

Available in digital ebook and paperback:
Buy The Edge of Mercy at Amazon