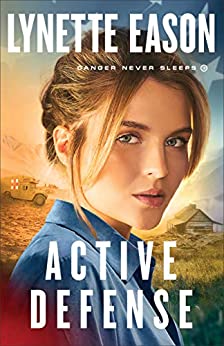 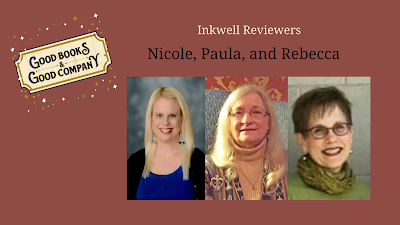 PAULA'S REVIEW:
I am a longtime fan of Lynette Eason. Her stories keep getting better and better. Active Defense is the third in the series Danger Never Sleeps. I am so glad there will be a fourth book.

This was thrilling, non-stop action and had twists and turns that I was not expecting. Good writing keeps you on your toes and I couldn’t wait to see what happened next. I could not believe who the bad guy was!

The heroine, Heather is flawed and haunted by her time as a doctor in a war zone. She also has trust issues from her harsh upbringing. Travis is one of a group of her friends who comes to her aid in trying to figure out who is following her and wants to do her harm. Travis is a staunch Christian and a solid, good guy. The secondary characters filled out the story in a credible way. I liked the makeup of the ensemble of friends and enjoyed seeing how they were there for each other. A nice touch was showing the empathy between Heather and troubled teen, Ryker and how Travis helped him.

Through the excitement, the characters’ faith was evident. A theme was: With God anything is possible to overcome.
*A complimentary copy of this book was provided by Revell through Interviews and Reviews. I was not required to give a favorable review. All opinions are my own.” I give this 5 stars and a solid faith thread.

When former field surgeon Heather Fontaine realizes that someone is stalking her, she determines to take matters into her own hands; her independent nature preventing Heather from asking for help, even though her close circle of friends would risk their lives to protect her. When matters escalate, she goes on the run, only to realize that the person or persons intent on harming her have no intention of giving up. Who would have a motive to harm her? Was it because of a life that she couldn't save, or perhaps revenge over a life that she did?

Travis Walker is not about to let Heather go off the grid for very long. Relying on his training and the resources of his friends, Travis finds Heather in a precarious situation; someone has just run her car off the side of a mountain and Travis must find a way to remove her from the scene as quickly as possible. Finding refuge in an abandoned cabin gives them temporary respite from the elements, but their safety is short-lived. Their attempts at being good Samaritans end up leading them directly into the bulls-eye, where an offense must rapidly become an "active defense".

Readers will certainly enjoy this author's signature blend of fast paced suspense and slowly melding romance . . . . it's a story that begins quickly and skids to an end with the most fascinating, and quite unexpected, twists and turns! *I purchased a copy and was under no obligation to provide a review. 3.5 stars

NICOLE'S REVIEW:
"The words pierced Heather and went straight to her heart. Oh, how she wanted to belong. Somewhere.”

With danger lurking at every corner, Active Defense, the third installment in award winning author Lynette Eason’s Danger Never Sleeps series, is sure to be a new favorite among readers.

After returning home from Afghanistan, it appears that someone is stalking Dr. Heather Fontaine. As things quickly take a dangerous turn, Heather’s friends, including Travis Walker are determined to help her discover who is targeting her.

Lynette Eason continues to write fantastic romantic suspense novels, and I eagerly look forward to each upcoming release. This series and her Blue Justice series are my favorite series of hers. There were several possible perpetrators introduced throughout this novel, and I did not figure out who the actual perpetrator was until right before the author’s reveal. I love when authors are able to surprise me with the identity of the villain.

The developing romance between Heather and Travis complemented the suspense storyline well, and the involvement of their group of friends who were introduced in previous books in the series made this storyline even more enjoyable. After a rough childhood, Heather’s desire to feel like she belonged was authentically portrayed as she struggled with accepting assistance from others when only having herself to depend on for many years.
Active Defense is highly recommended for readers of romantic suspense, especially those who enjoy books by authors such as Dani Pettrey, Lynn H. Blackburn, Rachel Dylan, and Irene Hannon.
* I received a complimentary copy of this book from Revell and was not required to write a positive review. All opinions expressed are mine. Inkwell Faith Content Rating – 2 (Light Faith Content)

BackCover Blurb:
She's used to life-or-death situations.
She just didn't expect them to follow her home.

When former field surgeon Heather Fontaine returns from a party to find that someone has broken into her house--and threatened her friends--she assumes it is the stalker who has been creeping her out. She hopes to find safety and peace of mind by leaving the city and hiding out in a small town. But trouble follows her even there.

Luckily, a stalker isn't the only one observing Heather. Travis Walker has been secretly watching out for her for weeks. As owner of his own security agency, it's what he does. Together, Travis and Heather must figure out who wants her dead--and why--before it's too late.

ABOUT THE AUTHOR:
Lynette Eason is the bestselling author of Collateral Damage and Acceptable Risk, as well as Protecting Tanner Hollow and the Blue Justice, Women of Justice, Deadly Reunions, Hidden Identity, and Elite Guardians series. She is the winner of three ACFW Carol Awards, the Selah Award, and the Inspirational Reader's Choice Award, among others. She is a graduate of the University of South Carolina and has a master's degree in education from Converse College. Eason lives in South Carolina with her husband and two children. Learn more at www.lynetteeason.com 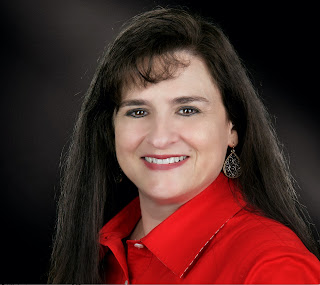