The Vanishing at Loxby Manor by Abigail Wilson, Reviewed by Paula and Kim 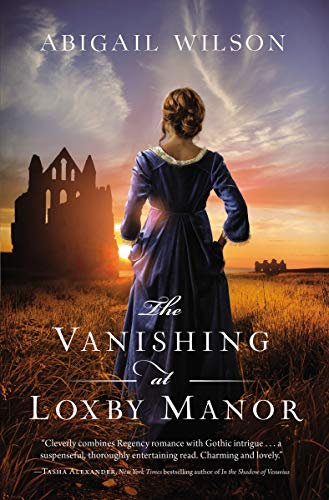 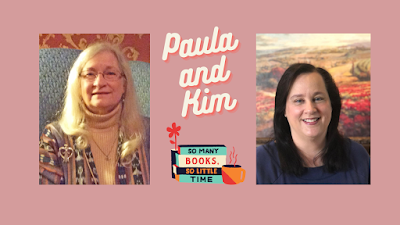 KIM'S REVIEW:
I have only read two Abigail Wilson novels. The two that I have read, The Vanishing at Loxby Manor and Masquerade at Middlecrest Abbey, have both had a slightly gothic feel to them with a nice mystery that keeps you guessing. Ms. Wilson excels at giving you just enough information to keep you interested without giving you too much. I always like her main characters and the mystery is never what I am expecting. And bonus, this story is a second chance romance, one of my favorites!

In The Vanishing at Loxby Manor, I was completely surprised at how the mystery of the story unfolded. It was not what I was expecting at all. There was also a surprise near the end that I did not see coming, well actually two of them. I really liked Piers and Charity together, although I wish there had been a bit more romance throughout the story. I immediately liked Piers, but when we found out why he did something that made him sort of an outcast, I liked him even more!

This story is filled with mystery, intrigue, a gothic feel, and history, and it will keep you guessing all the way through until the very end! 4 stars.
•I received a complimentary copy of this book. All opinions are my own. The faith thread is light.

PAULA'S REVIEW:
Told from a Christian World View amidst dark and sinister circumstances, this book exudes an air of foreboding.

After five years away, Charity Halliwell returns to Loxby Manor, the estate of family friends. Strange things begin to happen, including the disappearance of her best friend, Seline, on the very night she arrives. She is warned by those close to her but whether for her protection or to prevent secrets from coming to light, is something she is determined to find out. She does not know who to trust. “It was as if I had wandered into a dreamland where all my childhood acquaintances had elevated themselves to villains of their own stories.”

With beautifully descriptive words, the author tells a tale of many secrets. Some begging to be set free, some best left buried. Piers Cavanagh, eldest son of Loxby Manor who has secrets of his own, pairs with Charity to uncover the truth about his missing sister. What they find is almost more than they can comprehend. But Piers and Charity are forced to confront their shared past. “I am not certain anyone can go back, not really. It is more about finding a way to go forward, to trust that God will take something bad that has happened and work it for good.”

Ms. Wilson is one of the best Gothic Regency authors of today.
*I received a complimentary copy of this book from the publisher on behalf of the author. I was not required to give a favorable review. All opinions are my own.* I give this 5 stars and a slight but solid faith thread.

BackCover Blurb:
A story of second chances and secrets, this mysterious Regency romance will transport you to 19th-century England as one young lady reunites with her childhood love to find his missing sister.

Her friend is missing.

After five years abroad, Charity Halliwell finally returns to Loxby Manor, the home of dear friends—and her lost love. No longer a young girl, she is now haunted by a painful secret and the demise of her dreams. Instead of the healing and happiness she hopes to find, she encounters a darkness lurking in the shadows of the once-familiar house. When her friend, Seline, disappears the very night of her arrival, Charity is determined to uncover the truth.

Her only hope is the man who broke her heart.

Branded a coward, Piers Cavanaugh has lived the last five years as an outcast far from his family home. When his sister presumably elopes with a stable hand, Piers joins forces with an unlikely partner—the one woman he thought he’d never see again. Together they launch an investigation that leads to strange nightly meetings in the ruins of an old abbey and disturbing whispers of a secret organization. The more they learn, the more desperate the situation becomes.

The house seems determined to keep its secrets.

As they struggle to piece together the clues, Charity and Piers also endeavor to rebuild their friendship. One cryptic letter changed everything between them. To find happiness they will have to overcome the grief and shame keeping them apart. But first they must discover why Seline vanished and confront the growing fear that she may never return.

Settle in, because once you start The Vanishing at Loxby Manor, you won’t be able to put it down.