BEYOND THE TIDES by Liz Johnson, Reviewed by Paula and Rebecca 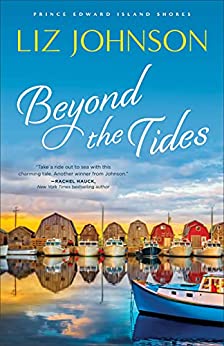 PAULA'S REVIEW:
Ms. Johnson takes us to beautiful Victoria by the Sea on Prince Edward Island. “The morning sun across the bay had a way of embracing the earth, welcoming the day with a gentle invitation into warmth and light.” She makes me want to take a trip to Prince Edward Island and enjoy the atmosphere.

Meg Whitaker feels the weight of her mother’s illness and her dad’s decision to sell his fishing business. “Be strong—that was her job—carry the weight.” She is prickly in order to shield herself from the pain. She wants to preserve the family legacy by taking over the business but she knows next to nothing about the hard work involved. To make matters worse, the person who sent her dreams crashing years ago is Oliver Ross; the person her dad has chosen take over the business.

Meg and Oliver make a pact to get along for the sake of Meg’s parents. Dad gives them a trial of the next crabbing season, then he will choose who gets the business. They learn to work together and combat obstacles that crop up, getting good advice from Pastor Dell: “Sometimes in the midst of the worst pain, it’s hard to hear the truth. Sometimes when the pain is too loud, all we can hear is the person crying to us. And that sounds a lot like love.”

In the end they find forgiveness: “That’s the thing about forgiveness—it’s a renewable resource.”
*I received a complimentary copy of this book from Library Thing. I was not required to give a favorable review. All opinions are my own.* give this 5 stars and a solid faith thread 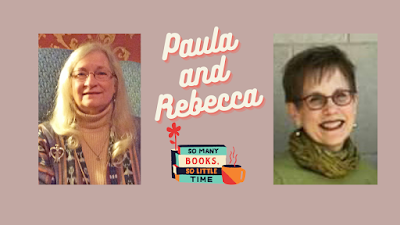 REBECCA'S REVIEW:
" He didn't need her to like him. He just needed her to stop hating him."

Let the games begin . . . . so to speak. How hard could it be to convince a woman who has despised him for the past ten years, to work alongside him every day for a measly three months? After all, Oliver Ross is determined to come out on top of the challenge that Meg Whitaker's father just issued; Whitaker Fishing would be awarded to only one of them, and Oliver has decided it is going to be him. Besides, Meg can't even get on a boat without hurling and she is most definitely not a morning person.

"You can't be serious. Why would you sell it to him?" Meg Whitaker is stunned. Her own father was planning to sell his legacy . . her legacy . . . one of the most profitable lobster fishing businesses on their island, to Oliver Ross. Sadly, she did understand, to a certain point. Her mother's failing health demanded full time attention . . . but Oliver?

As Oliver and Meg inch their way towards camaraderie, they discover that they may have more in common than they once thought possible. Grief, for instance. . . . "such a strange thing. It ebbs and flows like the tide" . . . obstacles, "we're promised storms in this life. We're also promised that our hope in God is an anchor in those storms". And even love, for " . . . love grows in unexpected ground". . . .or on a fishing boat in the middle of the ocean watching sunrises.

Readers will love this romantic return to Prince Edwards Island compliments of an author who knows how to design a love story that will linger sweetly in the memories of all those who read it.
*I received a copy of this book from Baker Publishing through Interviews and Reviews. The opinions stated above are entirely my own. 3.5 stars

BackCover Blurb:
When Meg Whitaker's father decides to sell the family's lobster-fishing business to her high school nemesis, she sets out to prove she should inherit it instead. Though she's never had any interest in running the small fleet--or even getting on a boat due to her persistent seasickness--she can't stand to see Oliver Ross take over. Not when he ruined her dreams for a science scholarship and an Ivy League education ten years ago.

Oliver isn't proud of what he did back then. Angry and broken by his father walking out on his family, he lashed out at Meg--an innocent bystander. But owning a respected fishing fleet on Prince Edward Island is the opportunity of a lifetime, and he's not about to walk away just because Meg wants him to.

Meg's father has the perfect solution: Oliver and Meg must work the business together, and at the end of the season, he'll decide who gets it. Along the way, they may discover that their stories are more similar than they thought . . . and their dreams aren't what they expected.