THE BARRISTER AND THE LETTER OF MARQUE by Todd M. Johnson, Reviewed by Paula, Trixi, and Kim! 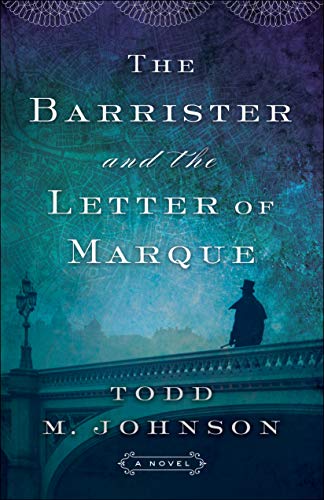 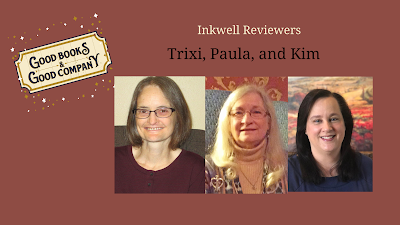 PAULA'S REVIEW:
This is the first historical book by this established author. He has described his protagonist, William Snopes as a bit Sherlock Holmes and a bit Rumpole of the Bailey. I think that is spot on. It even had me re-reading a few Sherlock stories and remembering how Rumpole and his creative ways of defense.

Told from a Christian World View, Mr. Johnson immersed me in Regency London. He spun an intriguing tale of manipulation in high places. The barrister, Snopes, is an honorable man although somewhat unorthodox when defending a client. He has a heart for the underdog and shuns his noble beginnings. He hesitates to take a case from Lady Madeleine Jamison but accepts and investigates what he perceives as a great injustice. The mystery takes us to all walks of life from seedy Whitechapel to the inner workings of Royal Government. Great historical information.

I liked the dynamic between Snopes and his Junior barrister, Edmund and his solicitor, Obadiah, lads he has mentored. The way his mind is always humming a classical piece adds to his character.

There is a hint of romance for good measure and also a possibility of more mystery stories in the future.

I enjoyed this tale immensely and cannot wait for more.
*I received a complimentary copy of this book from Bethany House and BPH Open Book. I was not required to give a favorable review. All opinions are my own.*  I give this 5 stars and a solid faith thread.

TRIXI'S REVIEW:
What I liked:
William Snopes; a tenacious Barrister who's like a bulldog when it comes to digging up evidence to prove Captain Tuttle is innocent of piracy charges. He’s a staunch defender of the underdog and reminded me a bit of Robin Hood. Lady Jameson; cousin of Captain Tuttle, who also invested in a merchant brig, The Padget, where he was accused of committing the crime. Distressed, she seeks the help of Mr. Snopes to challenge the charge against her cousin. What follows is a story quite twisty, intriguing, and delves into the darker side of historic London. I loved the immersive atmosphere Johnson created throughout the pages that made me feel as if I were a part of it.

What I didn't like:
It seemed to drag on in the beginning and much more detailed than I care for in a book. I skimmed most of the first 50-60 percent or so to get to the meat of the story—the gathering of witnesses, the finding of evidence and finally the courtroom proceedings. Once I got past that hump, the story moved quite quickly and ended in a surprising way. This is no reflection on the author, for his writing is (as I had stated) immersive and atmospheric.

In conclusion:
If you like a good Sherlock Holmes mystery with some twists and turns, I think you would enjoy The Barrister and the Letter of Marque. I found the story concept interesting and watching Mr. Snopes in action both in and out of the courtroom. I especially loved the ending, surprising and stunning at the same time!
*I received a complimentary copy from Bethany House and was not obligated to leave a favorable review. All opinions are mine. *

KIM'S REVIEW:
The Barrister and the Letter of Marque is the first book I’ve read by Todd Johnson. This story takes place in Regency London. It has a Dickensian feel with an intriguing mystery.

This type of story is one I don’t normally read, but I really enjoyed it. I loved trying to figure out the mystery behind the Letter of Marque and the Padget and just how William was going to solve this case and free his client.

While I felt like it took a little too long to set up the story, once it got rolling, I was totally invested. I could see this becoming a series of books with William Snopes solving impossible cases.
*I received a complimentary copy of this book. All opinions are my own. I would consider this more of a clean read even though it is published by Bethany House.

BackCover Blurb:
As a barrister in 1818 London, William Snopes has witnessed firsthand the danger of only the wealthy having their voices heard, and he's a strong advocate who defends the poorer classes against the powerful. That changes the day a struggling heiress, Lady Madeleine Jameson, arrives at his door.

In a last-ditch effort to save her faltering estate, Lady Jameson invested in a merchant brig, the Padget. The ship was granted a rare privilege by the king's regent: a Letter of Marque authorizing the captain to seize the cargo of French traders operating illegally in the Indian Sea. Yet when the Padget returns to London, her crew is met by soldiers ready to take possession of their goods and arrest the captain for piracy. And the Letter--the sole proof his actions were legal--has mysteriously vanished.