BREACH OF HONOR by Janice Cantore, Reviewed by Rebecca Maney 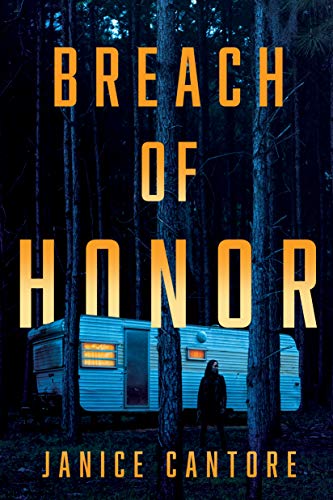 "I need to remember what it felt like to walk with God and not away from him."

Everything . . .  absolutely everything changed following one desperate decision. It was one that Leah Radcliff had to make, but that didn't make the consequences any easier to swallow. She had avoided, and even hidden the truth about her abusive husband, a fellow police officer whom most citizens in Table Rock, Oregon considered a hero. After stumbling onto something else that was apparently going on in Brad's life, she decided to confront him. Now she wonders if she can ever move forward, much less find the answers that her community deserves. One man has stood in her corner, alongside her father, from the very beginning . . . Clint Tanner. . .  everyone else? Backs were turned and lies were so effortlessly told; life as Leah once knew it had disappeared.

Honestly, this story built its way slowly, albeit confidently and methodically. Divided into three portions, the plot climaxes in all the right places, however it's the ending that readers will hold most dear. Rather than being the kind of high adrenaline producing romantic suspense that fans might expect (although those elements do appear rather forcibly in places), this narrative reads surprisingly like a legal treatise in some places and a devotional in others. Actually, one might describe this book as a primer on the power of prayer, with the sweetest of second chances woven into the fabric of justice for all.

"Life isn't easy, not for anyone. The difference is how people respond to the difficulties. You have prayer to fall back on now, and prayer works. Use it."

*3.5 stars. I purchased a copy and was under no obligation to provide a positive review.

BackCover Blurb:
As a police officer in Table Rock, Oregon, Leah Radcliff puts her life on the line to help others every day. But at home, Leah’s battling her own personal nightmare: Brad, her abusive husband, a fellow officer, celebrated hero, and beloved son of a powerful prominent family. Brad’s violent outbursts and suspicious activities have left Leah physically and emotionally scarred, until one desperate action to put a stop to his abuse results in deadly consequences.

Though public opinion seems ready to convict Leah, Officer Clint Tanner is one of the few to believe she acted in self-defense. As he works with Leah’s attorney to produce the evidence they need, new truths about Brad’s dark side come to light—and reveal a deep-rooted problem in Table Rock. There are some who have breached their sworn duty to serve and protect . . . and they’ll do anything to keep their secret safe.