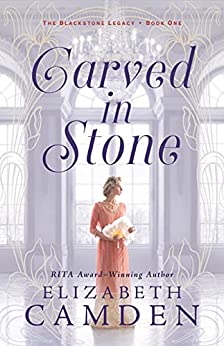 NICOLE'S REVIEW:
Fans of Elizabeth Camden's will be thrilled for the start of her new historical fiction series, The Blackstone Legacy. Elizabeth Camden is one of my go-to authors for historical fiction, and she continues to impress me with her well-researched and fascinating glimpses into the past. This novel is loosely based on J.P. Morgan and the creation of the United States Steel Corporation.

Family secrets, a years old unsolved mystery, and an unlikely romance developing between an heiress and an Irish immigrant who became a lawyer make Carved in Stone a must read. I can't wait for the next book in the series!

Carved in Stone is highly recommended for readers of historical fiction.

*I received a complimentary copy of this book from Bethany House and was not required to write a positive review. All opinions expressed are mine. Faith content rating: light 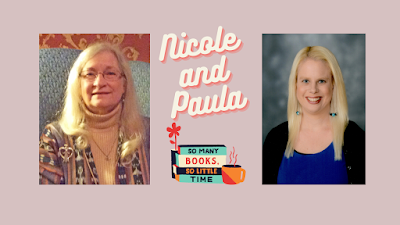 PAULA'S REVIEW:
Ms. Camden once again takes us to the Gilded Age and a lesson in clashes between the classes where the characters learn just what traditions are carved in stone and what changes are in store.

Gwen comes from a wealthy family and hopes to make her mark in Botany at Blackstone College.

Patrick wanted to become a priest but turned to law, having been trained by the Church in both vocations.

Patrick and Gwen meet when they are on opposite sides of a dispute between her prominent family and a client Patrick is representing. They find they both have similar life aspirations: to help people in need. But differences loom to keep them apart.

Ms. Camden always fills her books with interesting characters. Liam is a great example of how a life can turn around. He is very rough around the edges but has a quality that makes him a leader.

Filled with opulence that was indicative of the times, we also see the contrast in the slums of the Five Points. But it is the changed lives and priorities that make this book special.

Well researched with colorful characters and a lesson in compromise between the classes, this book will interest readers of Historical Christian Fiction.
*I received a complimentary copy of this book from Bethany House on behalf of the author. I was not required to give a favorable review. All opinions are my own. * I give this 5 stars and a solid faith thread

ABOUT THE BOOK:
Her gilded world holds a deeply hidden secret.

After years of tragedy, Gwen Kellerman now lives a quiet life as a botanist at an idyllic New York college. She largely ignores her status as heiress to the infamous Blackstone dynasty and hopes to keep her family's heartbreak and scandal behind her.

Patrick O'Neill survived a hardscrabble youth to become a lawyer for the downtrodden Irish immigrants in his community. He's proud of his work, even though he struggles to afford his ramshackle law office. All that changes when he accepts a case that is sure to emphasize the Blackstones' legacy of greed and corruption by resurrecting a thirty-year-old mystery.

Little does Patrick suspect that the Blackstones will launch their most sympathetic family member to derail him. Gwen is tasked with getting Patrick to drop the case, but the old mystery takes a shocking twist neither of them saw coming. Now, as they navigate a burgeoning attraction and growing danger, Patrick and Gwen will be forced to decide if the risk to the life they've always held dear is worth the reward.
Bethany House Publishing, August 2021
Available in digital ebook, paperback, hardcover, and audiobook:
Buy Carved in Stone at Amazon
Buy Carved in Stone at Christianbook.com
Buy Carved in Stone at Baker Book House
ABOUT THE AUTHOR:
Elizabeth Camden (www.elizabethcamden.com)is best known for her historical novels set in Gilded Age America, featuring clever heroines and richly layered storylines. Before she was a writer, she was an academic librarian at some of the largest and smallest libraries in America, but her favorite is the continually growing library in her own home. Her novels have won the RITA and Christy Award and have appeared on the CBA bestsellers list. She lives in Orlando, Florida, with her husband, who graciously tolerates her intimidating stockpile of books. 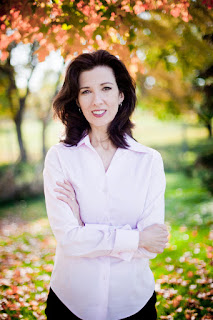