AS DAWN BREAKS by Kate Breslin, Reviewed by Trixi Oberembt 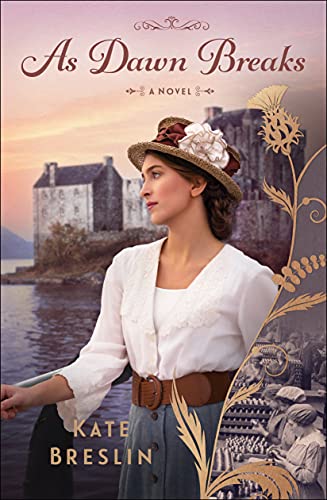 I've only read one other story by Kate Breslin and what impressed me the most was how much historical details she includes. I'm not a huge fan of WW1 or WW2 fiction, but Breslin brings this era to life for me in very interesting ways. And I learn some things in the process! For instance, the munitions workers were called “canary girls”, aptly named because the TNT they work with every day turns their skin yellow. Along with other devastating health conditions these women were facing because of all the toxic chemicals they work closely with. It saddened me that there were no safety measures taken to protect them and many died as a result. Not to mention, the constant threat of explosion if one wrong move was made. I'm glad I didn't live then or be forced to work in the factories while our boys went to war! All that to say, this story taught me lessons I probably learned in school many years ago.

As Dawn Breaks was a fascinating look at history in the making. It was also full of intrigue, spies, undercover work, secret identities, danger and a bit of suspense. The story really picked up around the half-way point for me when tensions ramped up. Rose and Alex must trust each other enough to try to ferret out the person responsible for the factory explosion back in Chilwell and prevent it from happening in Gretna where they currently work. Oh, did I forget to mention that Scotland Yard is involved too? All this culminated in a page-turning, can't-wait-to-see-what-happens-next, riveting tale. There's also a romance brewing that helped tame the breathtaking conclusion to this stunning historical written by one of the best authors. She also includes generous sprinkles of faith, and strong family and friendship bonds.

I especially recommend this to historical fiction lovers who enjoy the WW1 era and fans of Sarah Sundin.

*I received a complimentary copy from Bethany House on behalf of the author and was not obligated to leave a favorable review. All opinions are mine alone. *